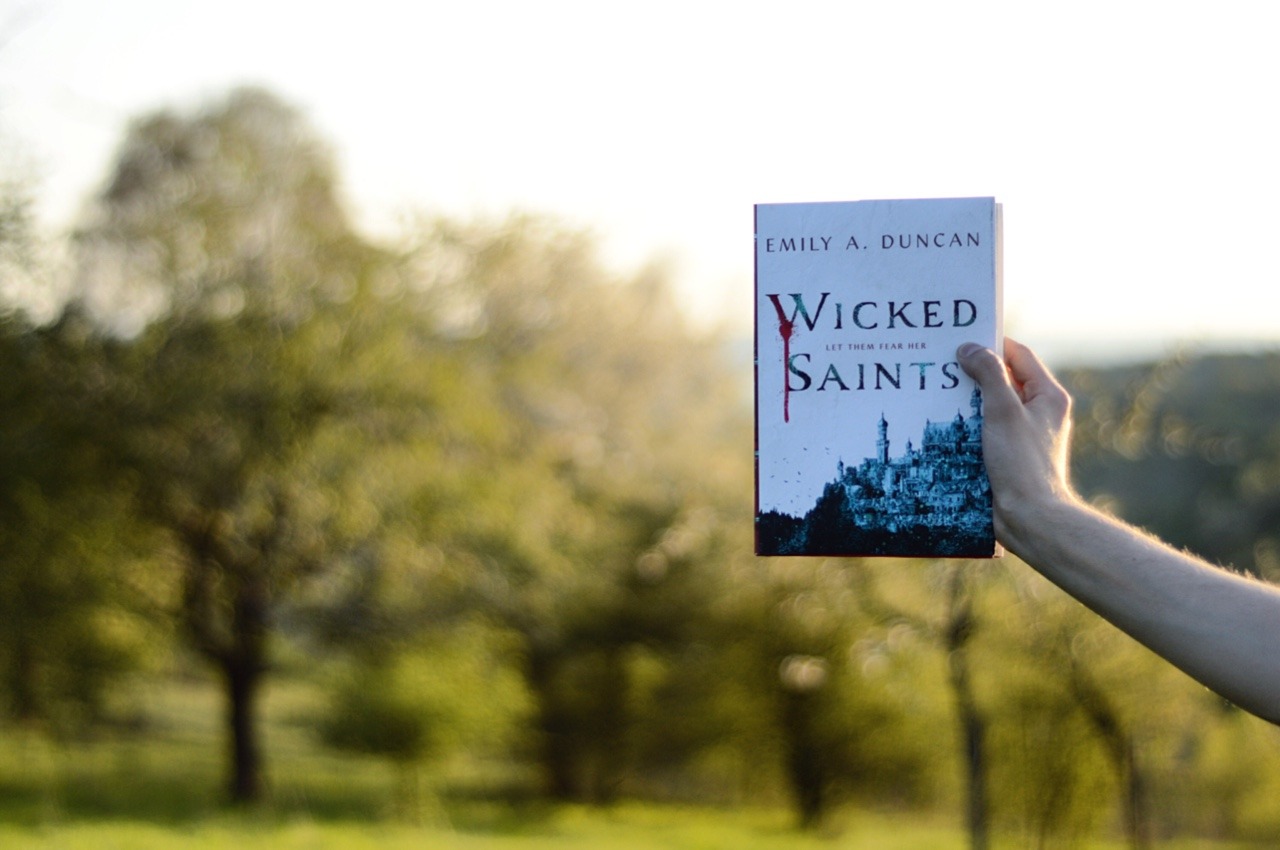 A girl who can speak to gods must save her people without destroying herself.
A prince in danger must decide who to trust.
A boy with a monstrous secret waits in the wings.
Together, they must assassinate the king and stop the war.
In a centuries-long war where beauty and brutality meet, their three paths entwine in a shadowy world of spilled blood and mysterious saints, where a forbidden romance threatens to tip the scales between dark and light.

Well, just to say this before anything else, I made notes while reading this and in the end „Malachiasz ♥♥“ was the only opinion that really matters. I’m not even sorry. And the rest of this review might not entirely be serious, I’m sorry. But sometimes I just love something so much? 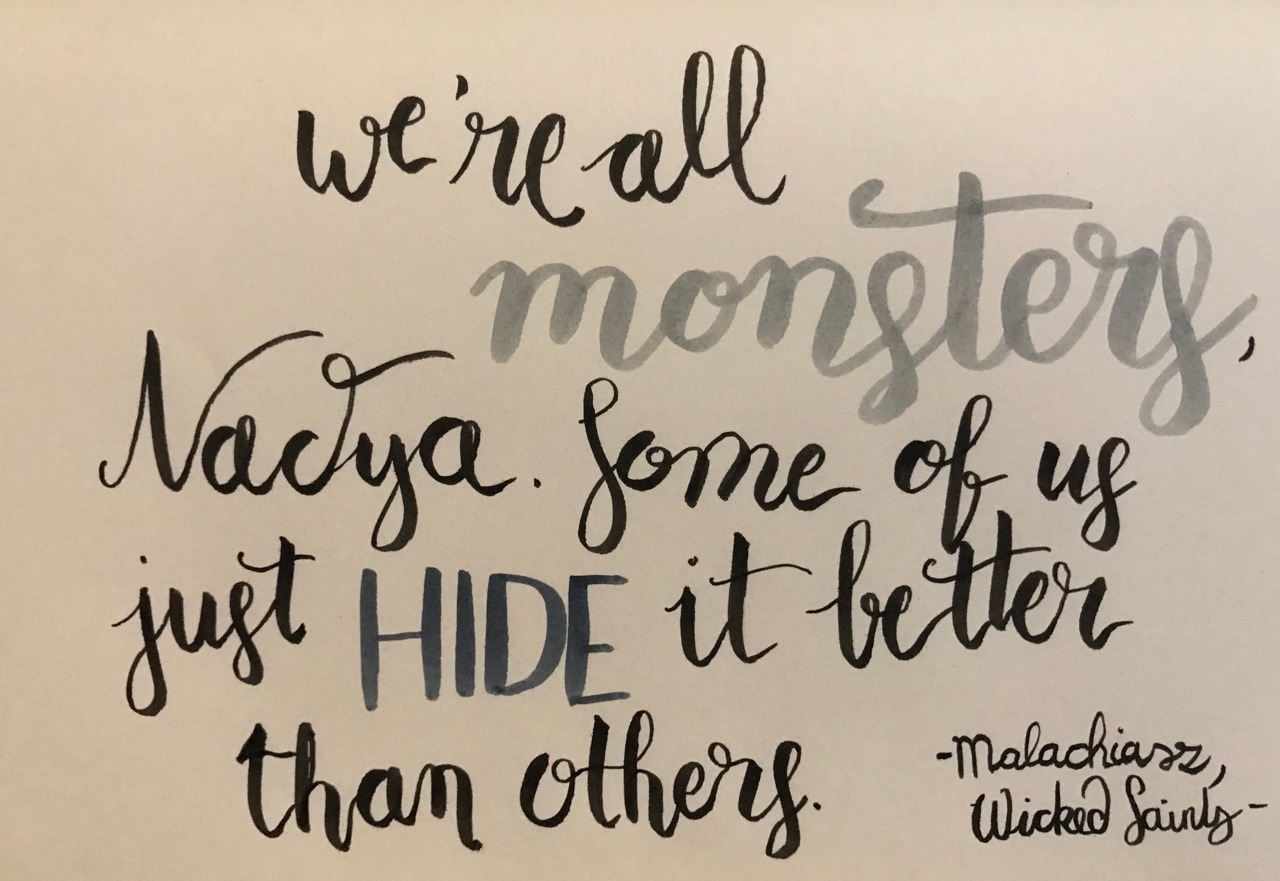 Anyways, I needed to get this off my chest. I really enjoyed the setting of the story. There are two countries at war with each other, mostly for religious reasons. One (Kalyazin) still believes in the old gods, the other (Tranavia) just cares about power and especially the power that comes with blood mages. These people are able to use their blood for magical spells. There is action right from the beginning when we first meet the two characters through whose POVs the story is told. Serefin is the crown prince of Tranavia, Nadya an orphan from Kalyazin.

Both of them have immense power, but where Serefin is a blood mage, Nadya not only believes in the gods, she speaks with them and they grant her their magic. They hate each other, if only for their countries being at war. It’s Serefin’s mission to capture and kill Nadya but she can escape and their conflict is a theme throughout the whole story. At first I didn’t really like Serefin, but I really came to adore him and his friends. As crown prince, Serefin theoretically has a lot of responsibilities, but he doesn’t enjoy being prince and has come to know the war s something like home. He develops really well, standing up for himself and trying to do what’s right, not only what’s necessary and asked of him. 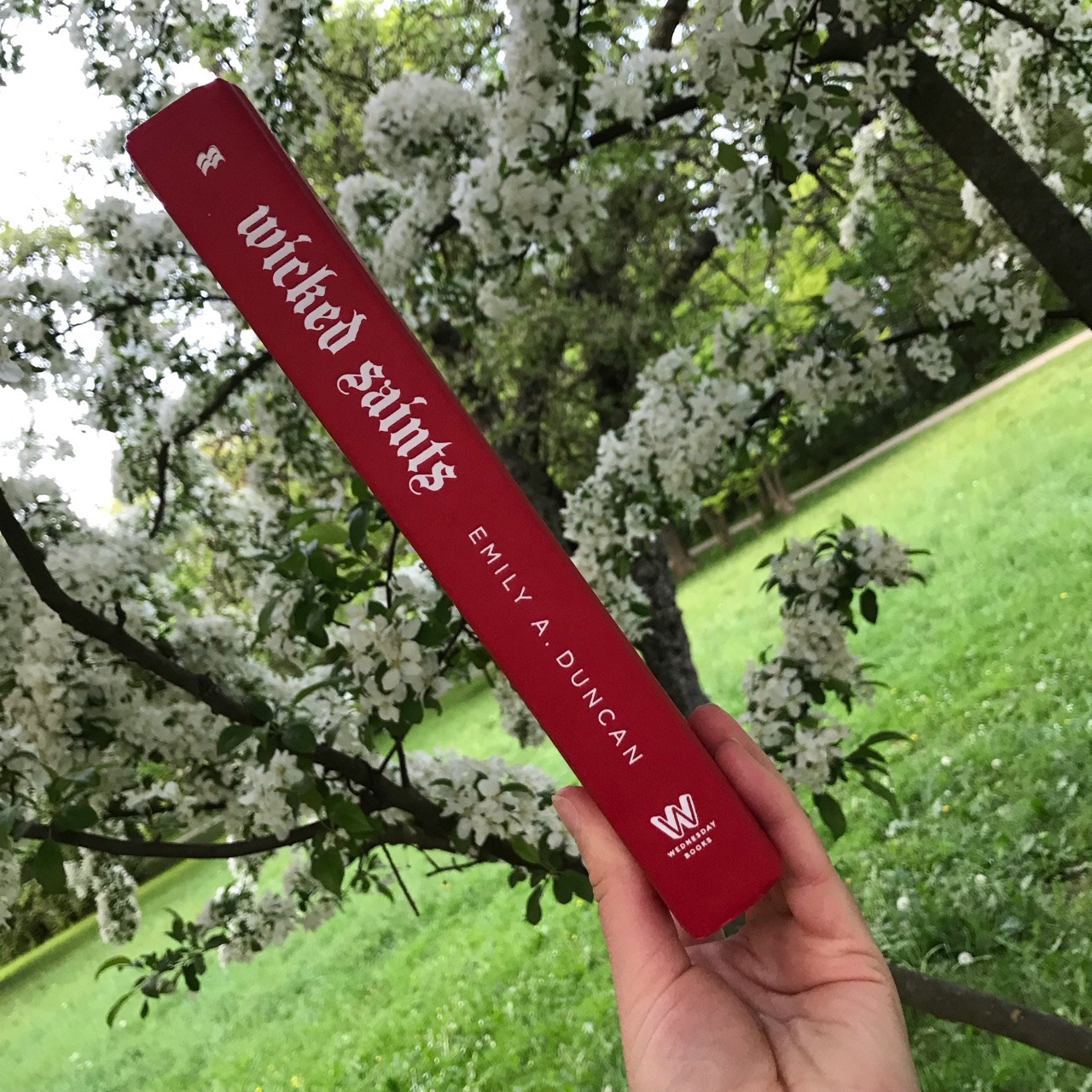 I still liked Nadya’s chapters way more. Her journey was really interesting, from finding new friends to plotting a lot while also trying to learn more about her magic. And yeah, well, also because she travels with Malachiasz, they boy I love. Please excuse me, but I have found a new favourite character I can’t stop thinking about. He is the ebst written character in this book, not only because he’s mysterious and wears black. But he has so many faces, so many mysteries to explore, so many truths to unfold. There was so much to him and there is still so much to learn.
Nadya is a bit naive at some points and acts irrationally, but she grew up in a monastery and hasn’t seen a lot of the world yet. She learns a lot, not only about the world she lives in but about herself as well. She grows stronger, no longer being only the girl who can communicate with the gods.

Okay, so I really loved this book. I’m all here for dark, bloody YA fantasy with characters who call themselves monsters (Malachiasz ILY). I feel like this is the perfect book for everyone who enjoyed the Grisha Trilogy but shipped the Darkling with Alina (I mean me, sorry, not sorry). I’m really excited to see where this is going in the next book and into which direction the characters are going to develop.