it’s the 12th September and that means: Relic release day!! To celebrate this I’m happy to say that I could do an interview with Bronwyn Eley, author of the Relic trilogy.

Thank you to Talem Press for making this happening!

Kat: How would you describe Relic if you could only use 3 words?
Bronwyn: Suffering. Loyalty. Fear.

K: Kaylan is a blacksmith, quite an unusual profession for a YA protagonist. Why did you choose to make her a blacksmith?
B: There are a few reasons. The first is that I am a big believer in gender equality and I believe that women are just as capable. In my novel’s world, it is not unusual for a woman to be a blacksmith. They don’t say ‘this is typically a man’s job’ or ‘this is typically a woman’s job’. They’re just jobs and anyone can do them. I wanted to represent that through Kaylan and her work. Secondly, I needed her to be physically strong and healthy so that when the Relic’s poisonous effects started to eat away at her health, it would be evident on her body. And finally I chose this role because if I travelled back in time, I would want to be a blacksmith. I find it so fascinating and fun and rewarding! I did a weekend blacksmith course as research and I utterly adored it.

K: How much of yourself is in Relic? Do you identify with any of the characters?
B: There is always something of the author in their writing – whether it’s in the characters or in the topics explored. There are definitely parts of me in a few of the characters, I think. I identify with the no bullshit part of Kaylan, the grinning animal lover part of Markus, the quiet and loyal side of Jesper, the confident part of Shae, and even the rigid and regimented part of Rennard.

K: Would you want to live in a world with Relics? Why/why not?
B: Definitely not because they create this enormous power divide, giving one person such an advantage over everyone else and personally I don’t think it is fair! Yes, that is the same of the world we live in but dark magic would make it so much worse.

K: What was the most difficult thing to write?
B: Ooooh spoiler territory. I can’t say exactly what without spoiling but there is a scene at the end that is very emotional – a few, in fact – and they were hard to write partly because I haven’t experienced those things myself and partly because they’re just plain sad.

K: What inspired you to write Relic? Has it always been there or was it a sudden idea?
B: It hasn’t always been there – the idea for Relic only came to me a few years ago – but I can’t remember the exact lightbulb moment. I think a lot of authors and books have inspired me to write fantasy over the years – authors like Leigh Bardugo, Maria V Snyder and Tolkien.

K: Have you been writing anything before? How long have you been writing?
B: I’ve been writing since before I can remember. I wrote all the time in primary school – one of my teacher’s told my parents that I was ‘too creative’… not sure what that means!? I wrote my first novella in primary school – about my aunty’s cat Storm. In high school I wrote another story about a witch and a magical realm. Then I also wrote a very long and unfinished contemporary novel. It was while I was writing this on and off that I came up with the idea for Relic.

K: What’s your favourite thing about being a writer?
B: Simply being able to create any world, any character or any situation that I want! It’s so freeing and so fun.

K: If you weren’t writing, would you be in another creative field?
B: I always had an interest in working behind-the-scenes in film and television, so maybe that? But I’d probably be back in the military! I have a lot of random interests.

K:  What advice would you give to aspiring authors?
B: Write the story you want to read. Your love for it will shine through your writing and make other people love it too.

K: Thank you so, so much for this interview! 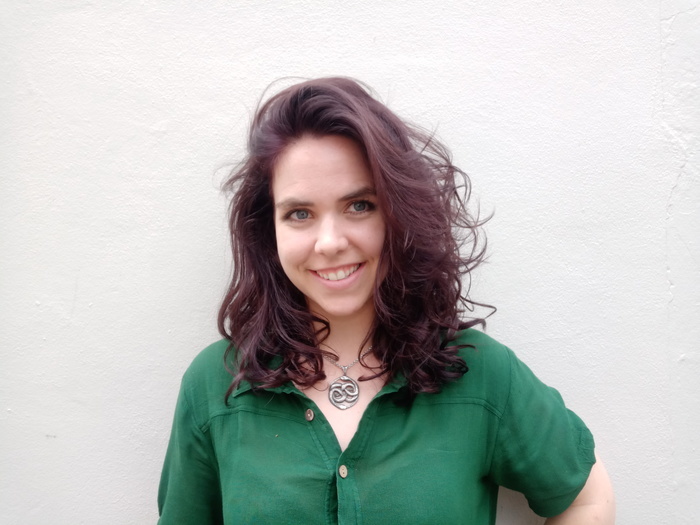 Who is Bronwyn Eley?

Bronwyn joined the military right out of high school, where she learnt (among other things) to disassemble and reassemble a rifle blindfolded. After that she spent a lot of her time travelling around the world. Her favourite places (so far) are Scotland, Mongolia, Iceland and Ireland.

Bronwyn finally found her natural habitat when she landed her first job in the publishing industry. While she has always been a writer, it was only when surrounding herself with books that she realised her life’s dream was to become an author. Relic is her first novel.

Bronwyn lives in Sydney and spends her time eating chocolate, reading and practising her martial arts.

In the city of Edriast, there is no deadlier duty than to serve as the Shadow.
As the personal servant of the powerful Lord Rennard, the Shadow’s life is all but forfeit. Rennard possesses one of five rare and dangerous Relics – a jewel that protects his bloodline, but slowly poisons everyone else in its proximity. When the current Shadow succumbs to its magic, nineteen-year-old blacksmith Kaylan is summoned to take his place.
It’s an appointment that will kill her.
As the time Kaylan has left ebbs away, hope begins to fade… That is, until she discovers a plot to destroy all five bloodlines in possession of the Relics.
A rebel force plans to put an end to Rennard’s rule and Kaylan suddenly finds herself embroiled in a cause that might just be worth fighting for. But no cause is without its costs…
As her life hangs in the balance and rebellion bears down on Edriast, Kaylan must decide where her loyalties lie – and how she’ll leave her mark on the world. (goodreads)