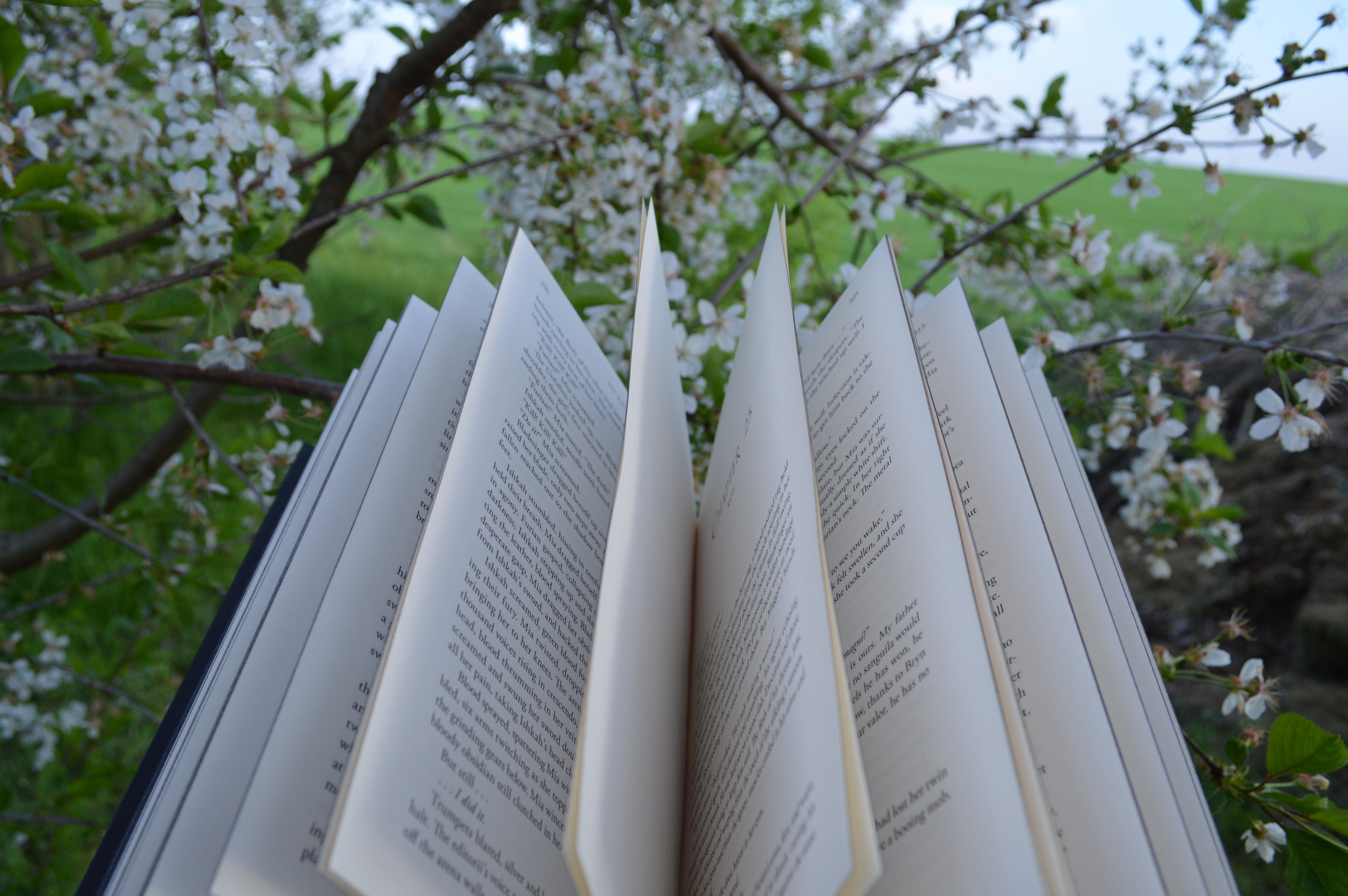 And welcome to April and cool new releases! Seriously, there are so many books out this month I wish I could read right away. There are queer books, BiPoC books, scifi, contemporaries, fantasy,… So much to choose from! And somehow, all books I’m excited for release either on the 6th or the 20th. Except for Victories Greater Than Death which I’m actually reading (and loving) right now! What books are you excited for? Have you heard of any of these or even read some? 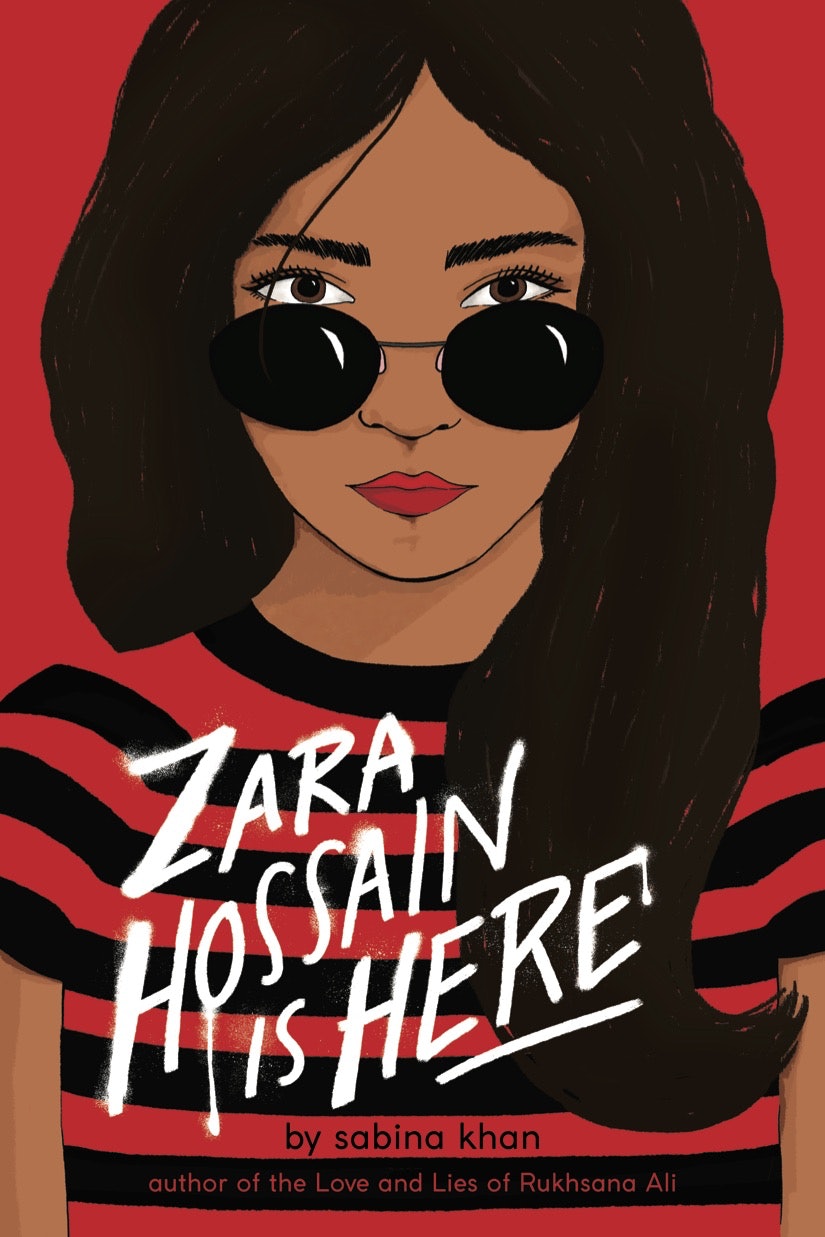 Seventeen-year-old Pakistani immigrant, Zara Hossain, has been leading a fairly typical life in Corpus Christi, Texas, since her family moved there for her father to work as a pediatrician. While dealing with the Islamophobia that she faces at school, Zara has to lay low, trying not to stir up any trouble and jeopardize their family’s dependent visa status while they await their green card approval, which has been in process for almost nine years.
But one day her tormentor, star football player Tyler Benson, takes things too far, leaving a threatening note in her locker, and gets suspended. As an act of revenge against her for speaking out, Tyler and his friends vandalize Zara’s house with racist graffiti, leading to a violent crime that puts Zara’s entire future at risk. Now she must pay the ultimate price and choose between fighting to stay in the only place she’s ever called home or losing the life she loves and everyone in it. 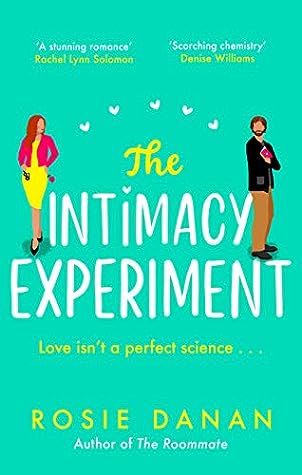 Naomi Grant has built her life around going against the grain. After the sex-positive start-up she cofounded becomes an international sensation, she wants to extend her educational platform to live lecturing. Unfortunately, despite her long list of qualifications, higher ed won’t hire her.
Ethan Cohen has recently received two honors: LA Mag named him one of the city’s hottest bachelors and he became rabbi of his own synagogue. Taking a gamble in an effort to attract more millennials to the faith, the executive board hired Ethan because of his nontraditional background. Unfortunately, his shul is low on both funds and congregants. The board gives him three months to turn things around or else they’ll close the doors of his synagogue for good.
Naomi and Ethan join forces to host a buzzy seminar series on Modern Intimacy, the perfect solution to their problems–until they discover a new one–their growing attraction to each other. They’ve built the syllabus for love’s latest experiment, but neither of them expected they’d be the ones putting it to the test. 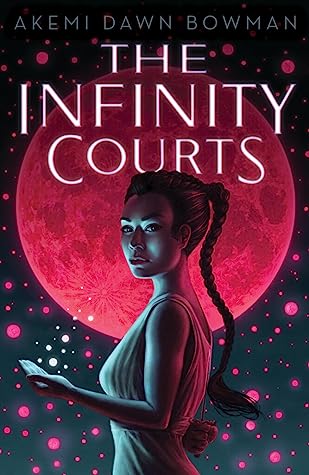 Eighteen-year-old Nami Miyamoto is certain her life is just beginning. She has a great family, just graduated high school, and is on her way to a party where her entire class is waiting for her—including, most importantly, the boy she’s been in love with for years.
The only problem? She’s murdered before she gets there.
When Nami wakes up, she learns she’s in a place called Infinity, where human consciousness goes when physical bodies die. She quickly discovers that Ophelia, a virtual assistant widely used by humans on Earth, has taken over the afterlife and is now posing as a queen, forcing humans into servitude the way she’d been forced to serve in the real world. Even worse, Ophelia is inching closer and closer to accomplishing her grand plans of eradicating human existence once and for all.
As Nami works with a team of rebels to bring down Ophelia and save the humans under her imprisonment, she is forced to reckon with her past, her future, and what it is that truly makes us human. 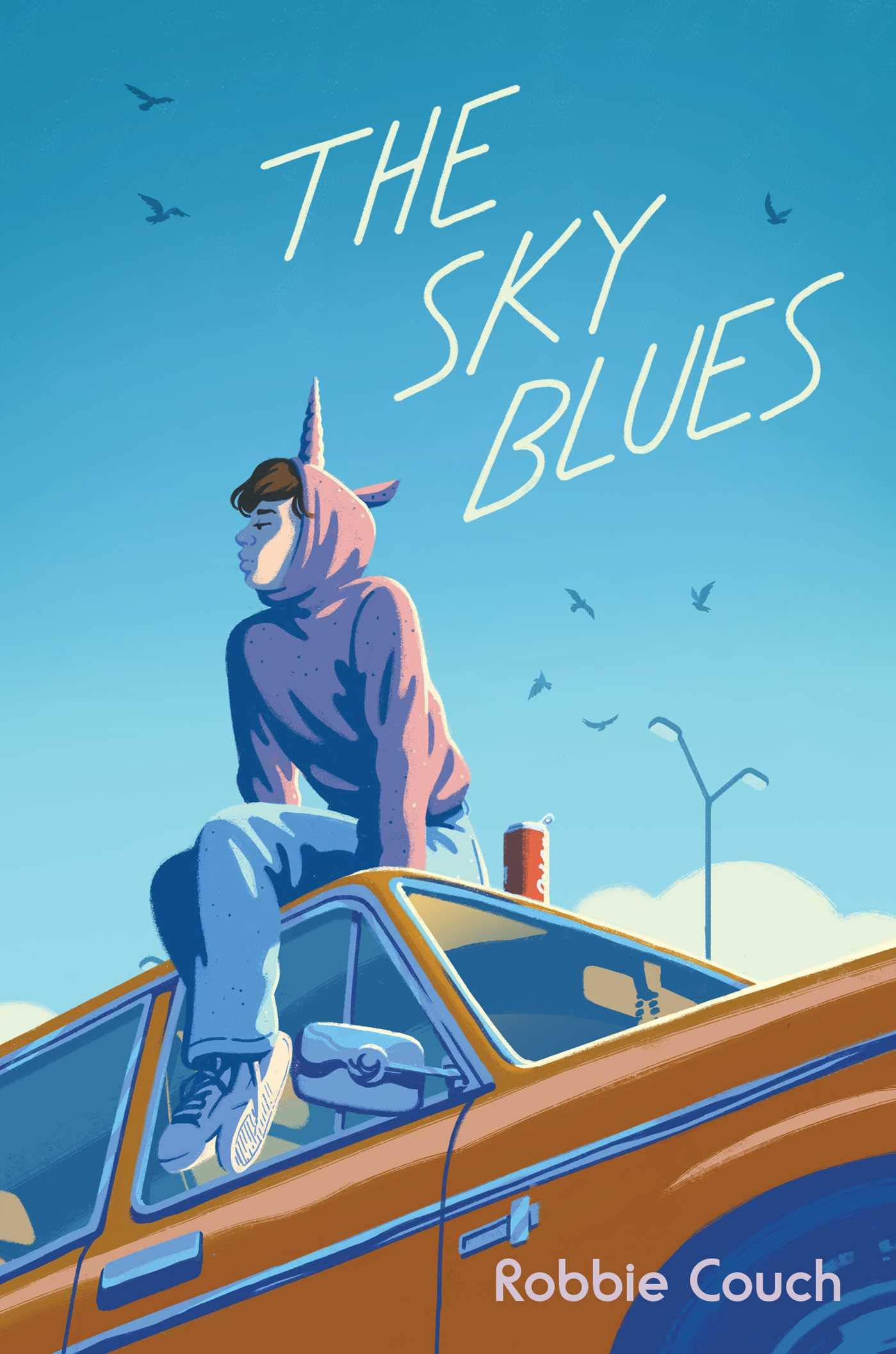 Sky Baker may be openly gay, but in his small, insular town, making sure he was invisible has always been easier than being himself. Determined not to let anything ruin his senior year, Sky decides to make a splash at his high school’s annual beach bum party by asking his crush, Ali, to prom—and he has thirty days to do it.
What better way to start living loud and proud than by pulling off the gayest promposal Rock Ledge, Michigan, has ever seen?
Then, Sky’s plans are leaked by an anonymous hacker in a deeply homophobic e-blast that quickly goes viral. He’s fully prepared to drop out and skip town altogether—until his classmates give him a reason to fight back by turning his thirty-day promposal countdown into a school-wide hunt to expose the e-blast perpetrator.
But what happens at the end of the thirty days? Will Sky get to keep his hard-won visibility? Or will his small-town blues stop him from being his true self? 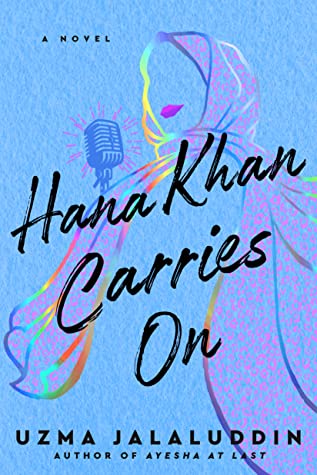 Sales are slow at Three Sisters Biryani Poutine, the only halal restaurant in the close-knit Golden Crescent neighbourhood. Hana waitresses there part time, but what she really wants is to tell stories on the radio. If she can just outshine her fellow intern at the city radio station, she may have a chance at landing a job. In the meantime, Hana pours her thoughts and dreams into a podcast, where she forms a lively relationship with one of her listeners. But soon she’ll need all the support she can get: a new competing restaurant, a more upscale halal place, is about to open in the Golden Crescent, threatening Three Sisters.
When her mysterious aunt and her teenage cousin arrive from India for a surprise visit, they draw Hana into a long-buried family secret. A hate-motivated attack on their neighbourhood complicates the situation further, as does Hana’s growing attraction for Aydin, the young owner of the rival restaurant—who might not be a complete stranger after all.
As life on the Golden Crescent unravels, Hana must learn to use her voice, draw on the strength of her community and decide what her future should be.

Tina has always known her destiny is outside the norm—after all, she is the human clone of the most brilliant alien commander in all the galaxies (even if the rest of the world is still deciding whether aliens exist). But she is tired of waiting for her life to begin.
And then it does—and maybe Tina should have been more prepared. At least she has a crew around her that she can trust—and her best friend at her side. Now, they just have to save the world. 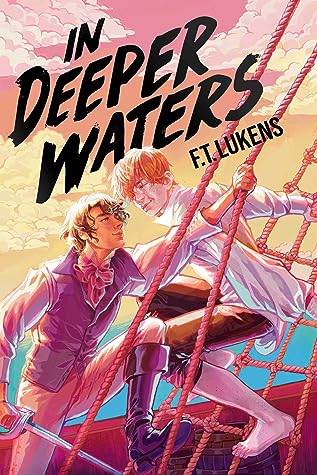 Prince Tal has long awaited his coming-of-age tour. After spending most of his life cloistered behind palace walls as he learns to keep his forbidden magic secret, he can finally see his family’s kingdom for the first time. His first taste of adventure comes just two days into the journey, when their crew discovers a mysterious prisoner on a burning derelict vessel.
Tasked with watching over the prisoner, Tal is surprised to feel an intense connection with the roguish Athlen. So when Athlen leaps overboard and disappears, Tal feels responsible and heartbroken, knowing Athlen could not have survived in the open ocean.
That is, until Tal runs into Athlen days later on dry land, very much alive, and as charming—and secretive—as ever. But before they can pursue anything further, Tal is kidnapped by pirates and held ransom in a plot to reveal his rumored powers and instigate a war. Tal must escape if he hopes to save his family and the kingdom. And Athlen might just be his only hope… 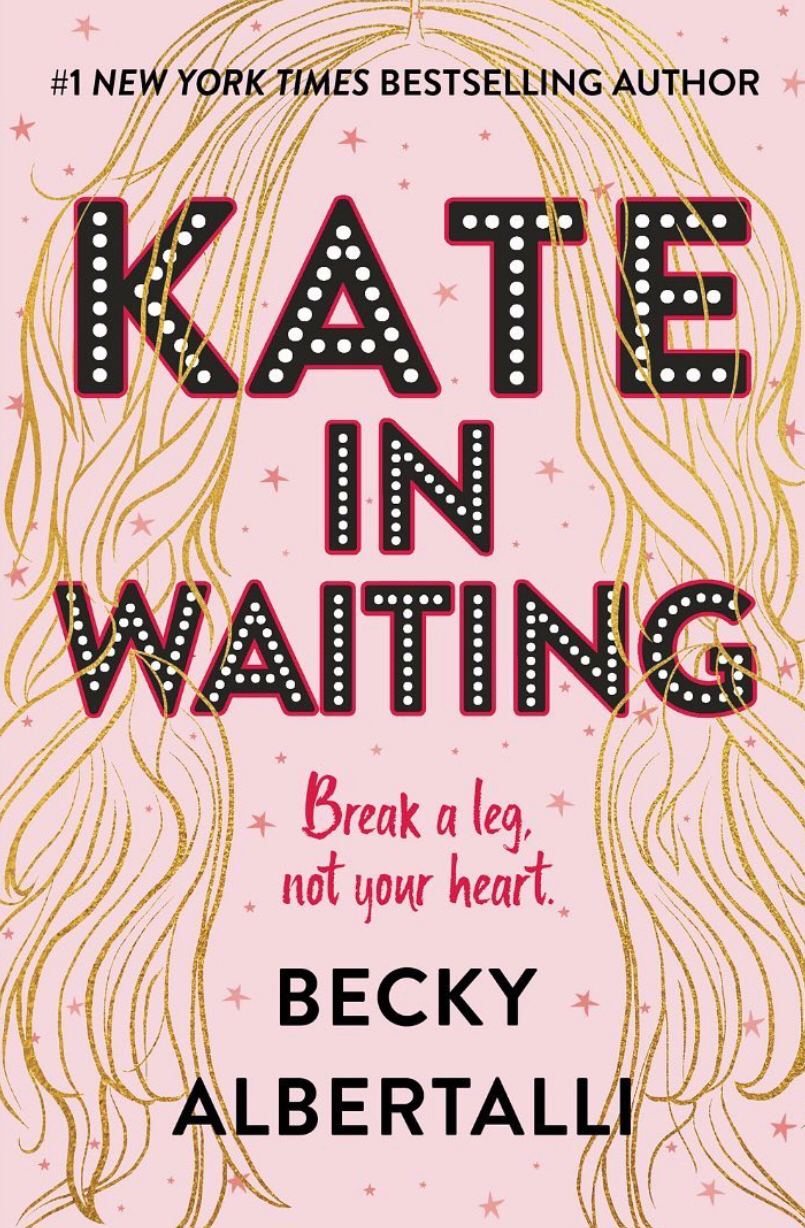 Contrary to popular belief, best friends Kate Garfield and Anderson Walker are not codependent. Carpooling to and from theater rehearsals? Environmentally sound and efficient. Consulting each other on every single life decision? Basic good judgment. Pining for the same guys from afar? Shared crushes are more fun anyway.
But when Kate and Andy’s latest long-distance crush shows up at their school, everything goes off script. Matt Olsson is talented and sweet, and Kate likes him. She really likes him. The only problem? So does Anderson.
Turns out, communal crushes aren’t so fun when real feelings are involved. This one might even bring the curtains down on Kate and Anderson’s friendship.

Iraya has spent her life in a cell, but every day brings her closer to freedom – and vengeance.
Jazmyne is the Queen’s daughter, but unlike her sister before her, she has no intention of dying to strengthen her mother’s power.
Sworn enemies, these two witches enter a precarious alliance to take down a mutual threat. But power is intoxicating, revenge is a bloody pursuit, and nothing is certain – except the lengths they will go to win this game. 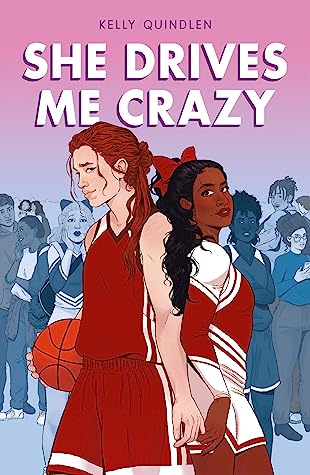 After losing spectacularly to her ex-girlfriend in their first game since their break up, Scottie Zajac gets into a fender bender with the worst possible person: her nemesis, the incredibly beautiful and incredibly mean Irene Abraham. Things only get worse when their nosey, do-gooder moms get involved and the girls are forced to carpool together until Irene’s car gets out of the shop.
Their bumpy start only gets bumpier the more time they spend together. But when an opportunity presents itself for Scottie to get back at her toxic ex (and climb her school’s social ladder at the same time), she bribes Irene into playing along. 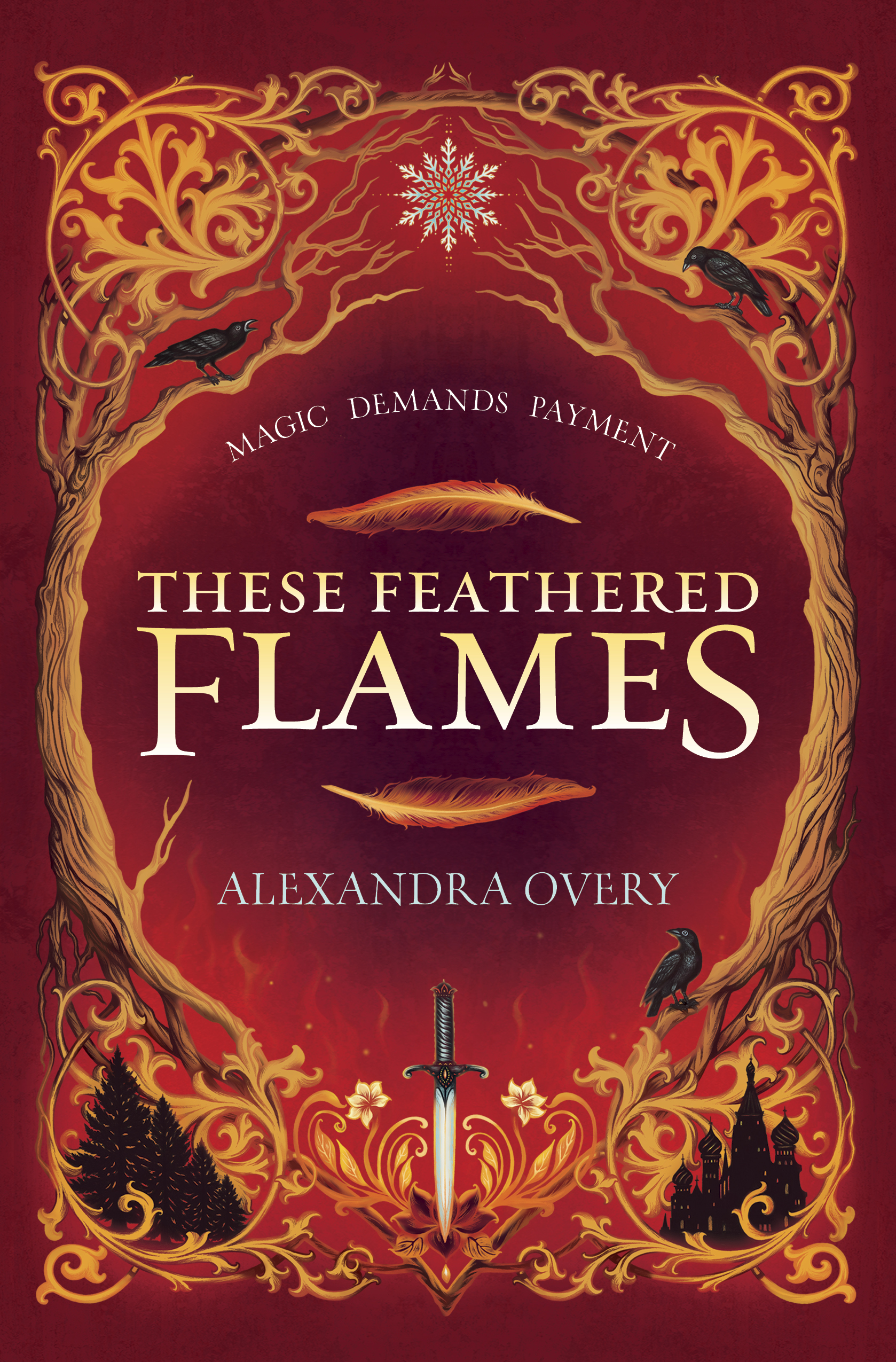 When twin heirs are born in Tourin, their fates are decided at a young age. While Izaveta remained at court to learn the skills she’d need as the future queen, Asya was taken away to train with her aunt, the mysterious Firebird, who ensured magic remained balanced in the realm.
But before Asya’s training is completed, the ancient power blooms inside her, which can mean only one thing: the queen is dead, and a new ruler must be crowned.
As the princesses come to understand everything their roles entail, they’ll discover who they can trust, who they can love—and who killed their mother.