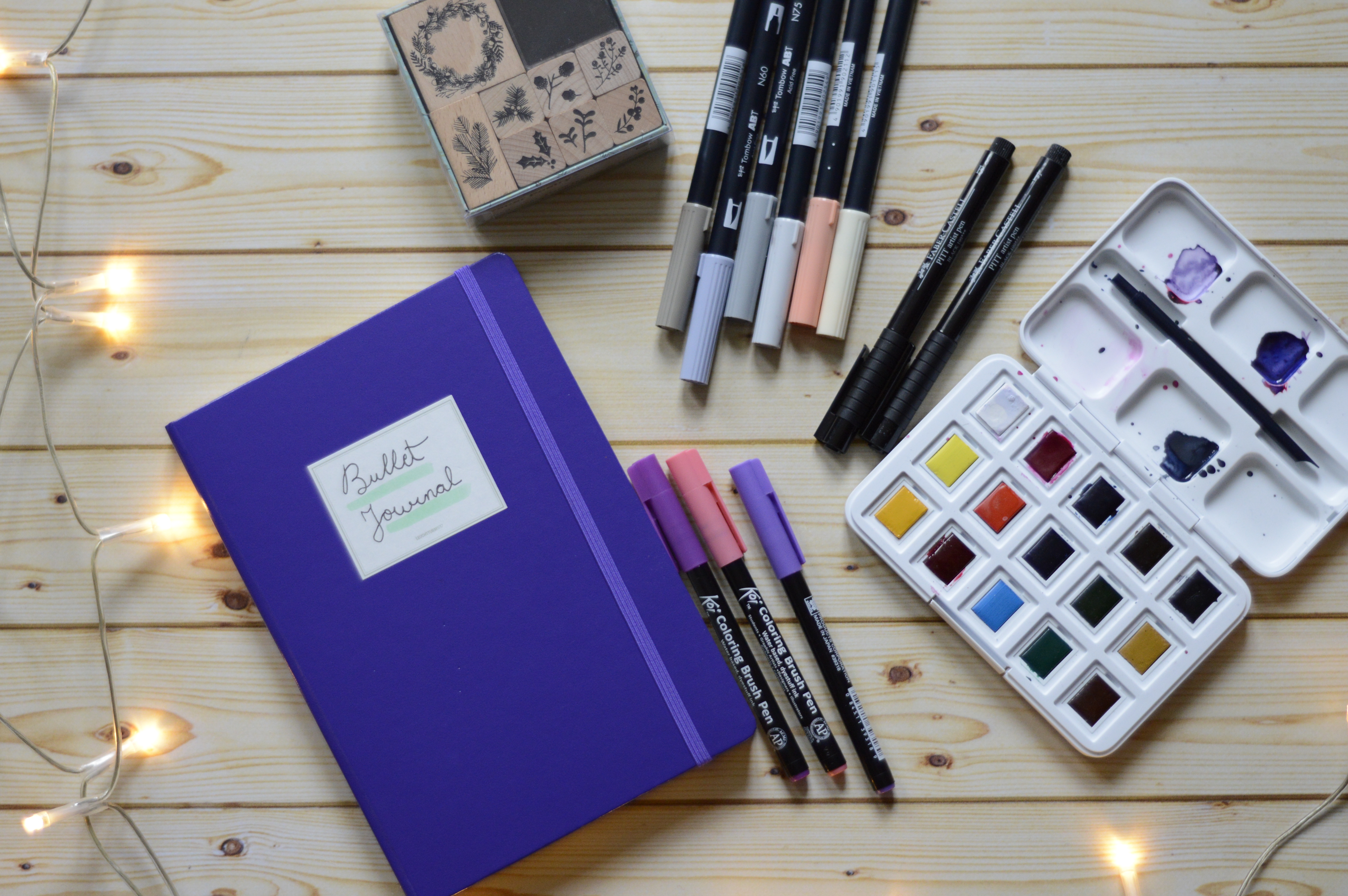 I am here with another spread after skipping August because I didn’t really finish it and then I went on vacation and didn’t have any time to take photos and post it. But my theme were water creatures and I painted a pretty Orca. Anyways, for this month’s spread I decided to go with “France”. This is because I’m spending three days there, travelling along the Dordogne, Bordeaux region and then Ardèche before going back home. If you didn’t know, I’m going to France every year, it’s one of my favourite countries for vacation and I’m finally returning to the Ardèche after 8 years of not going there. Since I went there for the first time, this is the region where my heart belongs. I’m so excited and I’m pretty happy with how my spread turned out! I hope you’ll like it as well. 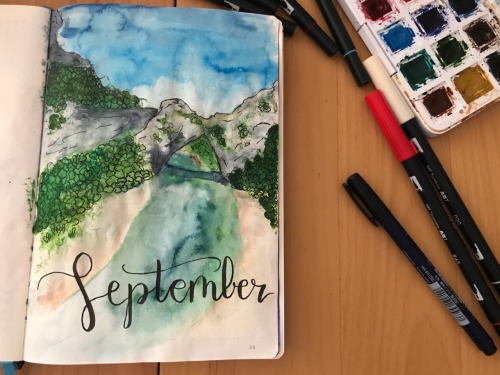 I used aquarelle coulours for the title page. And because I love the Ardèche so much, I of course had to paint the Pont d’Arc, a natural stone bridge over the river Ardèche. I think it’s THE touristy spot in this region, but it really is super cool! The name of the month was written with a black, soft brush pen. 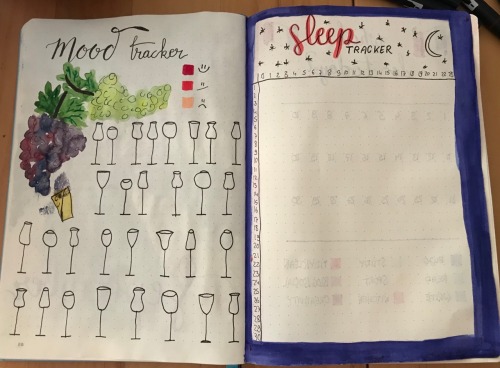 I always use the same trackers and usually just vary them in design. I decided to go with wine glasses for my mood tracker. I thought that’s fitting since I’m going to Bordeaux and its region again and I do plan on drinking some wine. As usual, I also put my sleep tracker in there. 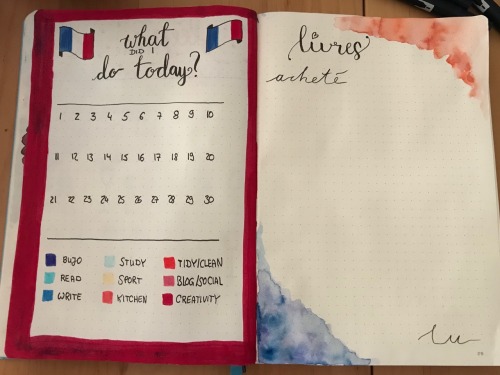 I also did the activities tracker in my usual style and put down activities I normally do until I realized that I probably won’t do much of these because… vacation. But let’s see what I can do anyways. My book tracker is the first page written in French, I thought it was fitting. I hope to visit some bookstores again and maybe buy some French books to read. Or jsut buy the Grisha Trilogy because the covers are so pretty and I love that series. I used brush pens here and put the blue & red accent on the bookish pages there in aquarelle colours. 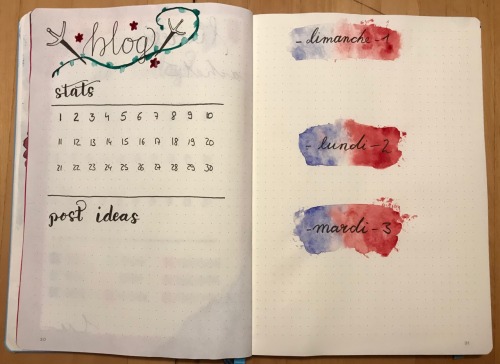 Of course, the page for my blog shouldn’t be missing. I’ll put the daily stats in there and put down ideas for posts and which I’ve already posted. And I won’t be going with weekly spreads in September and instead just put down the days and fill them in with to-dos and dones.