*ADVERTISEMENT/WERBUNG: I received this book from the publisher via NetGalley in exchange for an honest review*

Princess Hesina of Yan has always been eager to shirk the responsibilities of the crown, dreaming of an unremarkable life. But when her beloved father is found dead, she’s thrust into power, suddenly the queen of a surprisingly unstable kingdom. What’s more, Hesina believes that her father was murdered—and that the killer is someone close to her.
Hesina’s court is packed full of dissemblers and deceivers eager to use the king’s death for political gain, each as plausibly guilty as the next. Her advisers would like her to blame the neighboring kingdom of Kendi’a, whose ruler has been mustering for war. Determined to find her father’s actual killer, Hesina does something desperate: she enlists the aid of a soothsayer—a treasonous act, punishable by
death, since magic was outlawed centuries ago.
Using the information provided by the sooth, and uncertain if she can trust her family, Hesina turns to Akira—a brilliant investigator who’s also a convicted criminal with secrets of his own. With the future of Yan at stake, can Hesina find justice for her father? Or will the cost be too high? (goodreads) 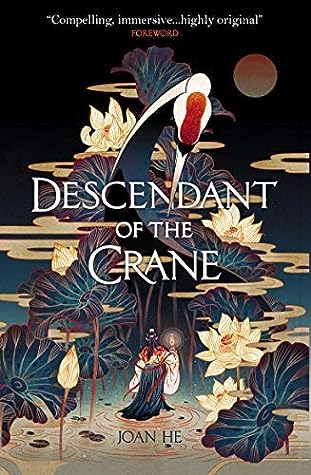 First of all, this is not a standalone. I thought it would be but it wasn’t, so I had slightly different expectations. That those were not met, is not in any case a bad thing. In the contrary, I was positively surprised by it and how much more into depth the book was able to go this way (and its sequel as well).

That said, I have to say that I really enjoyed this book! It’s a cool mix of crime and fantasy, with characters that are sometimes mysterious, sometimes too nice, sometimes actually nice. It was hard to really see through the characters which made the story only more interesting. I was waiting for something to happen, the build up to the plot twist was great with subtle hints here and there and neither the protagonist nor the reader knowing who to trust.
I liked Hesina as a main character. She’s young, just became queen and struggles through the loss of her father, court intrigues and a possible war looming at her borders. She tries to manage all of it while still following her gut and her own wishes. She’s sometimes impulsive, not listening to anyone else. Hesina is flawed but she has a good heart and I liked discovering the world and story through her eyes.

I also liked her band of other characters, her brother, her half-brother, her adopted siblings and Akira, the convict. They were all complex, layered characters and I was never sure what to think about them, constanly getting more info on them, they showing the sides the world needed to see at one point or another. Their dynamics and relationships were so well written and developing. A thing I also enjoyed was how the romance wasn’t a big part of the story.

By far my favourite thing about the book were the sooths though. Not necessarily the sooths as characters but who they are and how their magic works. This is probably one of my favourite magic systems ever and I so hope that I’ll get to see more of it in a next book.

Descendant of the Crane also had wonderfully much action. I like my plots character heavy and with plenty of action and I got that in this story. There was fighting, explotions, swords and poisons, words thrown around. I enjoyed this Chinese-inspired fantasy so much and loved the torn world, the complex characters and yes, the action.