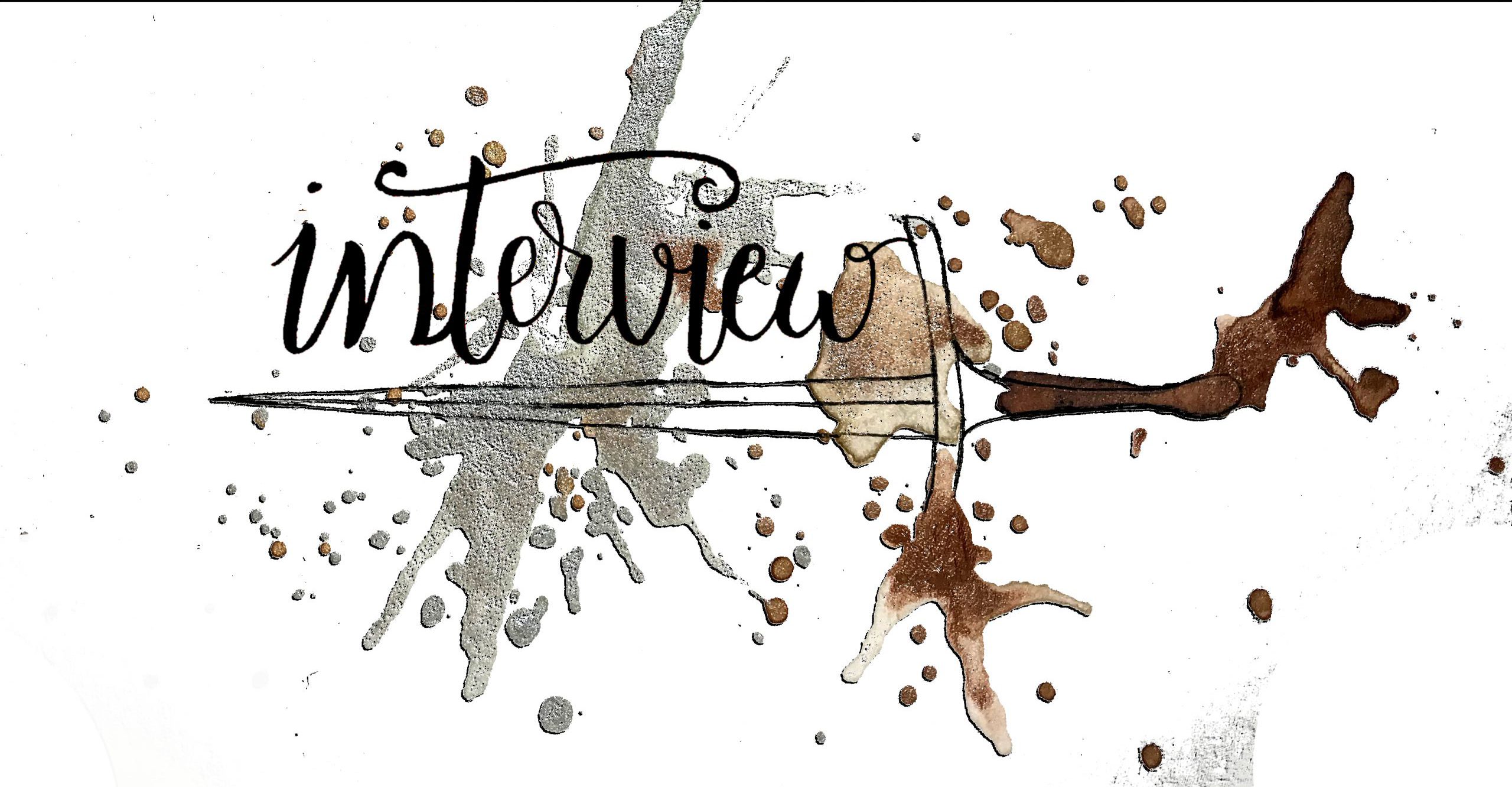 I’m so excited to bring you an interview with one of my favourite authors today: Jamie Pacton.
Jamie Pacton is the author of The Life and (Medieval) Times of Kit Sweetly and Lucky Girl, two wonderful contemporary reads I loved a lot! I hope you enjoy this interview as much as I do 🙂

1. In Lucky Girl, Jane wins the lottery and keeps quiet about it for various reasons. What would be the first thing you would do if you won the lottery?

I don’t even know. Faint, maybe? Laugh hysterically? Or, like Jane did, sit in stunned disbelief for a while? I really cannot even imagine. But, I suppose after the shock wore off, I’d tell my husband, and then I think we’d promptly buy a home in Hawaii. Then, there would be a lot of random, ridiculous purchases, charitable donations, and also sensible debt payoff and savings with the money.

2. What was your favourite random thing you found out during your research for Lucky Girl?

I genuinely didn’t know there were so many lotto winners who lost it all, or got murdered for their money, or ended up with their lives destroyed by winning. I think the most outrageous thing I found out was about the guy who won the lotto several times, but kept getting robbed at strip clubs because he always had like $500,000 in cash on him. This sounds absurd, but it’s true and terrible. These sorts of stories really got me thinking about why huge amounts of money make people do things that seem so out of character and it really made me wonder if I could handle winning so much money. (Universe, I’d like the chance to be tested, lol).

This is my most personal book, and I wrote it during an brutally hard time in my life. Much of the stuff having to do with not feeling like being enough, the falling-apart romantic relationship, and the grief and distance from family all comes from a very personal spot, and it was so so so hard to write. (I still cry every time I read Jane’s letter to her dad at the end of the book; and, for reasons I won’t go into, I weep every time I read the scene when her mom tells Jane about the last thing she said to Jane’s dad.)

The easy parts to write were the fun scenes between Jane and Bran, just because I adore them; and, I also had a really glorious time writing the scenes in thrift store (which is inspired by a real thrift store that I love browsing in).

4. What gave you the idea to make Jane fascinated with oceans, oceanography and Sylvia Earle?

I LOVE the ocean and I wanted to be a marine biologist for a very long time. This plan was derailed by going to college thousands of miles away from a coast, but I wanted to honor that dream. Also, like Jane, I was in Ecology Club, and I’m quite a fan of Sylvia Earle’s work. (Side note: Earle is often called the “Joan of Arc of the oceans”, which given everything I talked about in KIT,    thrills me endlessly). To this day, I still love to curl up and watch ocean documentaries because there’s so much we don’t know about the ocean. For instance, I just learned that fish are not constrained by gravity, which is why, given the right conditions, they can grow absolutely enormous. Fascinating stuff! 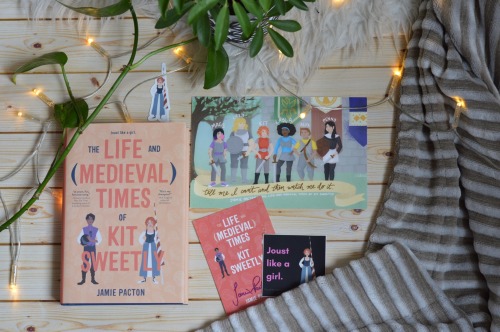 5. How was the writing process different from writing your first book, The Life and (Medieval) Times of Kit Sweetly?

Unlike with Kit, which I drafted in a matter of months after writing a super dark, feminist YA fantasy, and then had to query the traditional way (I got my agent after Kit did really well in #PitMad on Twitter), I sold Lucky Girl on proposal, which in this case meant a short pitch, a detailed synopsis, and then the first chapter. Because of that, I had to have this book much more tightly planned and structured then I might normally do before I started writing. (I do love planning books, but I’m also always open to discovery as a writer.)

It’s such a different thing to be writing a book that’s already sold. On the one hand, there’s the knowledge that you have a home for it and a team of readers at your publisher who will help you polish it. But, on the other hand, this also adds pressure to perform to a certain standard and it means rigorous deadlines. I had a few breakdowns along the way with Lucky Girl because of these pressures, but there was also such a relief in knowing that this book was getting published.

Also, although Lucky Girl was much more planned out than Kit was before I started drafting, the characters still surprised me. For example: Bran’s motivations for finding the winner changed a lot; and, Holden went from a sort-of not-great ex-boyfriend, to a cartoonish villain, to the absolute jerk (with a realistic backstory motivating him) that he ended up as in the final version of the book. Figuring out his motivations was quite a journey, and my amazing editor pushed me a lot to get him right. I also learned a lot about Jane’s wounds and misbeliefs as I wrote, which became the heart of the story (especially with things like her not feeling like she was enough for anyone in her life).

6. Which of your characters do you relate the most to and why?

As with The Life and (Medieval) Times of Kit Sweetly, I wrote a lot of myself into Lucky Girl’s main character, Fortuna Jane Belleweather.

As I mentioned above, like me as a teen, Jane wants to be a marine biologist, and she’s desperate to get out of her family’s house and flee her small town. She’s also dealing with parental mental health issues and she’s trying to move on after a heart-wrenching break-up with her first love. I absolutely wrote parts of my own experiences with both these things into the book. Also, Jane has an amazing best friend, Brandon Kim, who is a gem of a human and whom she is better for knowing. This book is dedicated to my three best friends, Ashleigh, Noelle, and Lizzy, who are amazing women who always show up for me when I need them. Which means everything.

7. What would you want for readers to take away from Lucky Girl?

On a surface level, I want them to laugh and to cry. Then, once they’ve had some time to think about the book and if their life gets messy, I’d love for them to remember Jane’s journey and to feel like they could be enough for themselves and to feel strong enough to walk away from relationships that aren’t good for them. I also would love for them to think about what they might do if they won the lottery and to foster a bit of empathy for those with mental illness. (And, of course, I want them to take away that they should buy a copy of this book for everyone in their life, ha!)

8. Let’s play a little Lucky Girl / Kit Sweetly this or that:

SO FUN! I love this…okay:

Thank you so much for this Q&A, Jamie! 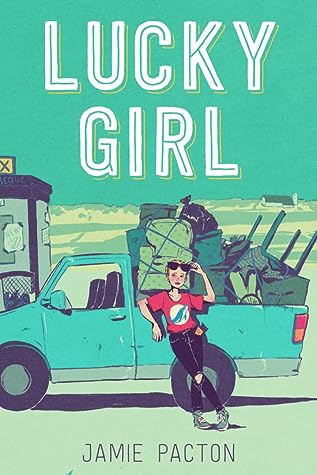 58,642,129. That’s how many dollars seventeen-year-old Fortuna Jane Belleweather just won in the lotto jackpot. It’s also about how many reasons she has for not coming forward to claim her prize.
Problem #1: Jane is still a minor, and if anyone discovers she bought the ticket underage, she’ll either have to forfeit the ticket, or worse . . .
Problem #2: Let her hoarder mother cash it. The last thing Jane’s mom needs is millions of dollars to buy more junk. Then . . .
Problem #3: Jane’s best friend, aspiring journalist Brandon Kim, declares on the news that he’s going to find the lucky winner. It’s one thing to keep her secret from the town — it’s another thing entirely to lie to her best friend. Especially when . . .
Problem #4: Jane’s ex-boyfriend, Holden, is suddenly back in her life, and he has big ideas about what he’d do with the prize money. As suspicion and jealousy turn neighbor against neighbor, and no good options for cashing the ticket come forward, Jane begins to wonder: Could this much money actually be a bad thing? (goodreads)

Jamie Pacton is a Young Adult and Middle Grade author who grew up minutes away from the National Storytelling Center in the mountains of East Tennessee. She has a BA and MA in English Literature, and currently teaches English at the college level. While pursuing her dream of being an author, she worked as a waitress, pen salesperson, lab assistant, art museum guard, bookseller, pool attendant, nanny, and lots of other weird jobs in between. Her writing has appeared in national and local magazines, and she spent many years blogging for Parents.com. Currently, Jamie lives in Wisconsin with her family and a dog named Lego. The Life and (Medieval) Times of Kit Sweetly is her YA debut novel and her sophomore novel, Lucky Girl, is forthcoming in Spring 2021. She has also published a MG novel, Farfetched, under the pen name Finn Colazo.
Find Jamie Pacton on Instagram | Twitter | Website