Five hundred years of peace between queendoms shatters when girls inexplicably stop being born. As the Drought of Girls stretches across a generation, it sets off a cascade of political and personal consequences across all five queendoms of the known world, throwing long-standing alliances into disarray as each queendom begins to turn on each other—and new threats to each nation rise from within.
Uniting the stories of women from across the queendoms, this propulsive, gripping epic fantasy follows a warrior queen who must rise from childbirth bed to fight for her life and her throne, a healer in hiding desperate to protect the secret of her daughter’s explosive power, a queen whose desperation to retain control leads her to risk using the darkest magic, a near-immortal sorcerer demigod powerful enough to remake the world for her own ends—and the generation of lastborn girls, the ones born just before the Drought, who must bear the hopes and traditions of their nations if the queendoms are to survive. 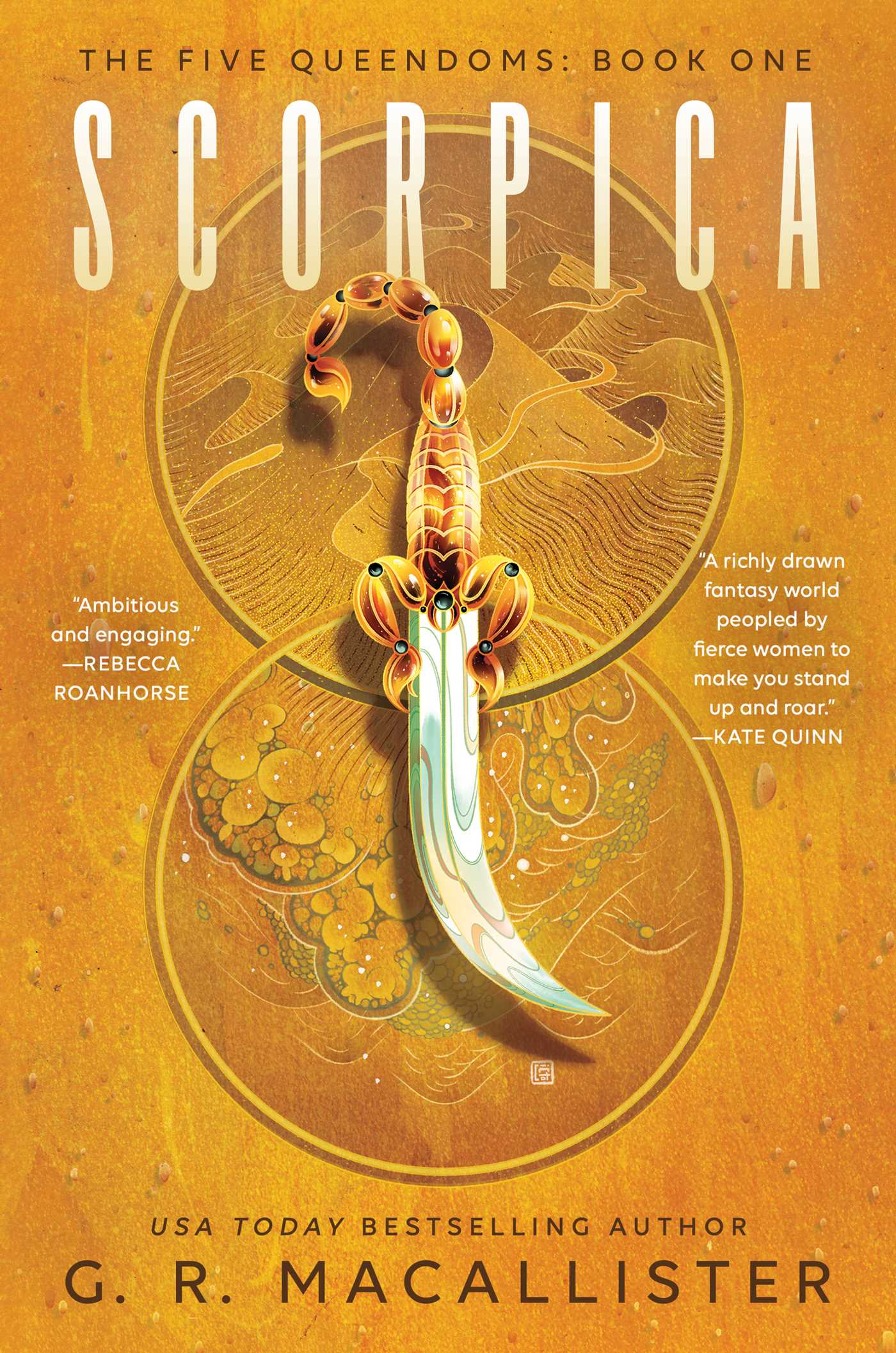 MY OPINION OF SCORPICA

I was very intrigued by this fantasy with a matriarchal society and how different fates are interwoven. I’m often sceptical when it comes to a gender somehow not being born anymore and was curious to see how it would be handled here. There were a lot of things I liked, but probably just as many I didn’t like.

I don’t think I can write this review in a “I liked – I disliked” way because most times, I liked one aspect of a thing but didn’t enjoy another. Let’s start with the society. Or societies, for that matter. The realms of the five queendoms have had peace for hundreds of years. I liked that the women were powerful and shown as the leaders. But in my opinion it was a bit too much. It felt a lot like “What if women acted in a matriarchal society like men do in a patriarchal?”
Basically, the women saw themselves as better and often acted upon it, abusing their power. Men are there for pleasure and to make more girls and maybe to work for women but that’s it. While the societies are different in each queendom, they have that in common. Especially the warriors of Scorpica don’t have any use for men, selling off their boys and killing men wanting to become warriors.

I had some trouble understanding the world and how the society came into being. What exactly happened before the peace started? Through one of the characters, we get a few glimpses here and there, but that’s it. While the book is quite character driven, I would have wished to get more background on the different states and how they came to be. A bit of history would have been nice.

I liked that the story was character driven though. Scorpica is told from several PoVs and each of the characters gets a lot of page time and thus becomes complex and full of facettes which I really enjoyed. That I didn’t really like any of the characters much is a whole other matter. I also found the book lacked some dialogues. There are many monologues and even more scenes where it’s just descriptions of what’s happening and how a characters feels about that. This slowed the pace of the book immensely.
The pace wasn’t fast to begin with. I had trouble staying concentrated until about 40% of the book. Until 30% I still felt like I was reading the prologue, mostly because Part 1 of Scorpica retold what was said in short on the first page.
When the characters’ ways finally intertwine, the story picks up speed. I started liking the book from this point. The characters finally revealed their motives, they finally interacted with the others.
I found in some other reviews the comparison with Game of Thrones and it’s true, it felt the same with the many PoVs that seemingly don’t have much to do with each other and show places from different endings of the world. Contrary to Game of Thrones, though, Scorpica got to the point much faster and thus could keep me interested. Still, it felt like the story wanted to tell too much at once with a lot of info dump and long chapters that made it sometimes exhausting to read.

I don’t know how to summarize my feelings for this book. On one hand, I complained to my boyfriend all the time how slow it was and how I didn’t want to continue reading, on the other hand I really enjoyed reading about all of these characters and what they have to endure, how different their lives are and how similar. I wanted to know how Scorpica progresses, how these characters would develop. If you’re a fan of slow, highly detailed fantasies with well developed characters, this book is definitely for you. If not, well, I’d say don’t bother picking this up because you’d really have to fight to get through the first 100 pages.

Have you read Scorpica? What’s the last adult fantasy you’ve read and did you enjoy it?