The good, the bad, and the dinosaurs: THE EXTINCTION TRIALS BY S.M. WILSON | Review

Dinosaurs always fascinated me. I’ve lost a lot of my knowledge about them since I was a kid and collected everything I could know about them in my brain. But still, everytime there are dinosaurs anywhere I perk up and need to know more. I first heard about The extinction trials at YALC last year and just had to get the book. And now that I’ve finally read it I’m back in the dinosaur phase at full force. On the cover there is that printed-on sticker that says “Jurassic Park meets the Hunger Games” and let me tell you… this is absolutely true. If this made you curious, please read on.

Betrayal. Sacrifice. Survival.
Welcome to the Extinction Trials.
In Stormchaser and Lincoln’s ruined world, the only way to survive is to risk everything. To face a contest more dangerous than anyone can imagine. And they will do anything to win.
But in a land full of monsters – human and reptilian – they can’t afford to trust anyone. Perhaps not even each other… (source)

*screams forever to everyone who wants to hear it* I LOVE DINOSAURS!
Anyways, let’s start with something that confused me. The world? Was that our Earth in a parallel world where dinosaurs still live? Or did they reappear from somewhere? Or is this another planet? Is this real life? Or is this just fantasy? I am confusion. But what was clear: there is one continent (Earthasia) where the humans live. And only humans because there isn’t space for anything else left. The continent is overcrowded and resources are scarce. That’s why humans need the other continent (Piloria) as well. The problem is: it’s inhabited by dinosaurs, some of which are vicious killers. So every year, the government sends a group of people over to bring back food or possible food ressources. This year though, it’s different. Stormchaser and Lincoln and their group have to bring back something that can be used as a weapon against the dinosaurs. 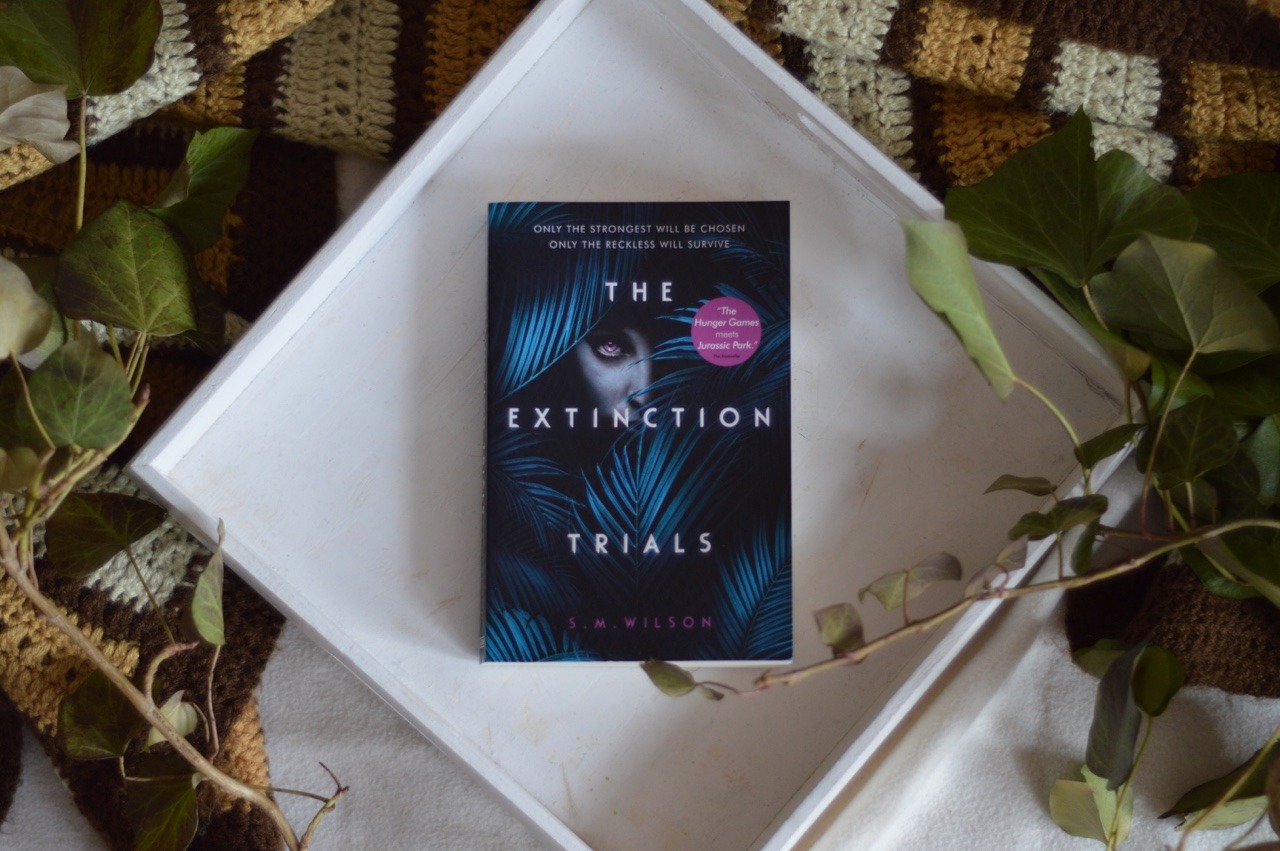 So, I was confused about how the world fits in with our world but the rest of the world building was really good. I could picture the grey, tall houses, the non-existent greenery, the stink of people and the sicknesses,… I could it imagine it only too well. But I could also see the thick, green jungle and the swamps, the dark seas and the lochs. The descriptions had just enough details to paint vivid pictures in my head.

I really did enjoy the characters, though. The prize of going to island was money, food and healthcare for the whole family, so many poor people had the motivation to go there. Lincoln wants to save his sister who is ill with a sickness that is without cure. Family is everything for him and he knows that he would do anything for his sister and mother. And he does. He has a clear goal which he aims to achieve. Stormchaser meanwhile doesn’t have family. She is driven by curiosity and a fascination by dinosaurs. She wants to save them as much as the dinosaurs which she befriends. There are three more people in their friend-/expedition group. They have known each other all their life but soon accept Stormchaser and Lincoln into their group.

The dinosaurs also have different characters. They have different forms of socialising, are intelligent beings with families and not only wild instincts. The people going to Piloria learn so many new things about the dinosaurs and they start questioning the government.

I liked the twist of not trusting the government. The entire story, the dinosaurs were built up to be the bad guys, killing humans who just need more living space and food. But the further the story develops, the clearer it becomes that there is more to the dinosaurs, as well as to the humans.

With its fast pace, this book was a fantastic first book in a series. There is still so much to discover in this world and I’m really excited to see where that story is going!