The Manifesto On How To Be Interesting | Holly Bourne | Review

Bree is by no means popular. Most of the time, she hates her life, her school, her never-there-parents. So she writes.
But when Bree is told she needs to stop shutting the world out and start living a life worth writing about, The Manifesto on How to Be Interesting is born. A manifesto that will change everything…
…but the question is, at what cost? (goodreads) 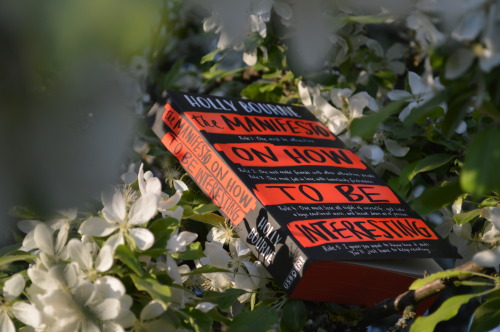 If you’ve been following me for a while, you probably know that I love Holly Bourne. She is one of my favourite authors. But this book wasn’t my cup of tea. I have so many problems with it, I don’t even know where to start.

My first problem is the protagonist, Bree. Bree is really rich but she’s also a total outsider who is intentionally different and also kind of extra. She doesn’t watch those chick flicks and reads classics and doesn’t go to parties, is a 17years old writer who has already been rejected by all agents and publishers in all of Great Britain and wears striped leggings. And she’s special for it because the other girls are the exact opposite. She is, to say it with the book’s words, uninteresting. So she starts a project: becoming interesting to write about it. Though not in a book, but an online blog. And she does an overnight transformation (mostly thanks to her rich and stylish mother): new hair, new clothes, new attitude. She changes completely and suddenly becomes on of the popular people.

But not only in looks, but everything. She suddenly becomes just as mean and superficial as apparently every other girl in her school. She becomes someho awful, and while I understand her motives on some level, I just rolled my eyes way too often. While she gets a kind of revenger for herself, she also manages to destroy other people’s life and make them miserable. She was unlikeable before, but she turns even worse. Bree is supposedly a feminist, but then she’s constantly slut shaming and hating girls She does not act feminist in any way, really. She has such double standarts, just stop, please. I really, really didn’t like her.

The thing is, additionally to everything happening, she’s also depressed (I think). She harms herself on a regular basis, which is only a thing mentioned in passing at the beginning, but becomes a more important topic later. And I would have liked to be warned about that beforehand, but more on that later.

I know I should compare books, but usually a thing I love about Holly Bourne’s books is that they all feel so extremely realistic. But this one was just off, painting the worst pitcure of teenagers you could have. It was so full of clichés (mostly bad ones). All of the characters were horrible, every single one, but especially the protagonist.

I don’t want to talk in length about the other characters but here we have: the mean girl, the mean girl in love, the predator teacher, the absent father, the mom who only thinks about yoga and fashion, the edgy™ best friend, the pretty girl, the notorious cheater and some more that aren’t really that relevant. And yes, one was worse than the next. Urgh. 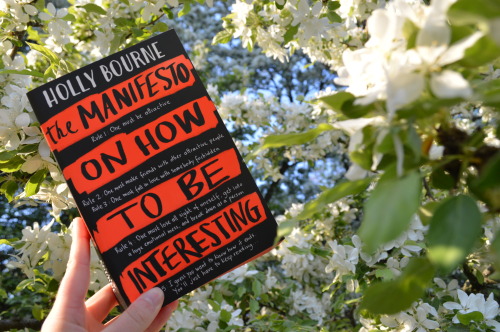 What I really need to say is this: Trigger warnings would have been nice here. No, not only nice. Needed. There are so many heavy topics discussed that might affect a lot of people (see trigger warnings above). I thought about dnf-ing this book, decided against it and then it managed to fuck up (sorry for the language) my whole evening, throwing me back to a point in life I didn’t want to think about at that moment. I actually wrote a post on trigger warnings, in case you’re interested.

Somehow, this book managed to get worse and worse with every page, the mental health rep could really have been better, the characters felt like me drawing my really shitty 2D stick figures and in the end, I cried (no good tears.) If you liked it, good for you. But if you plan on reading it, please be careful and mind that you are in the right headspace for it since it casually flings around problematic topics without really discussing them.