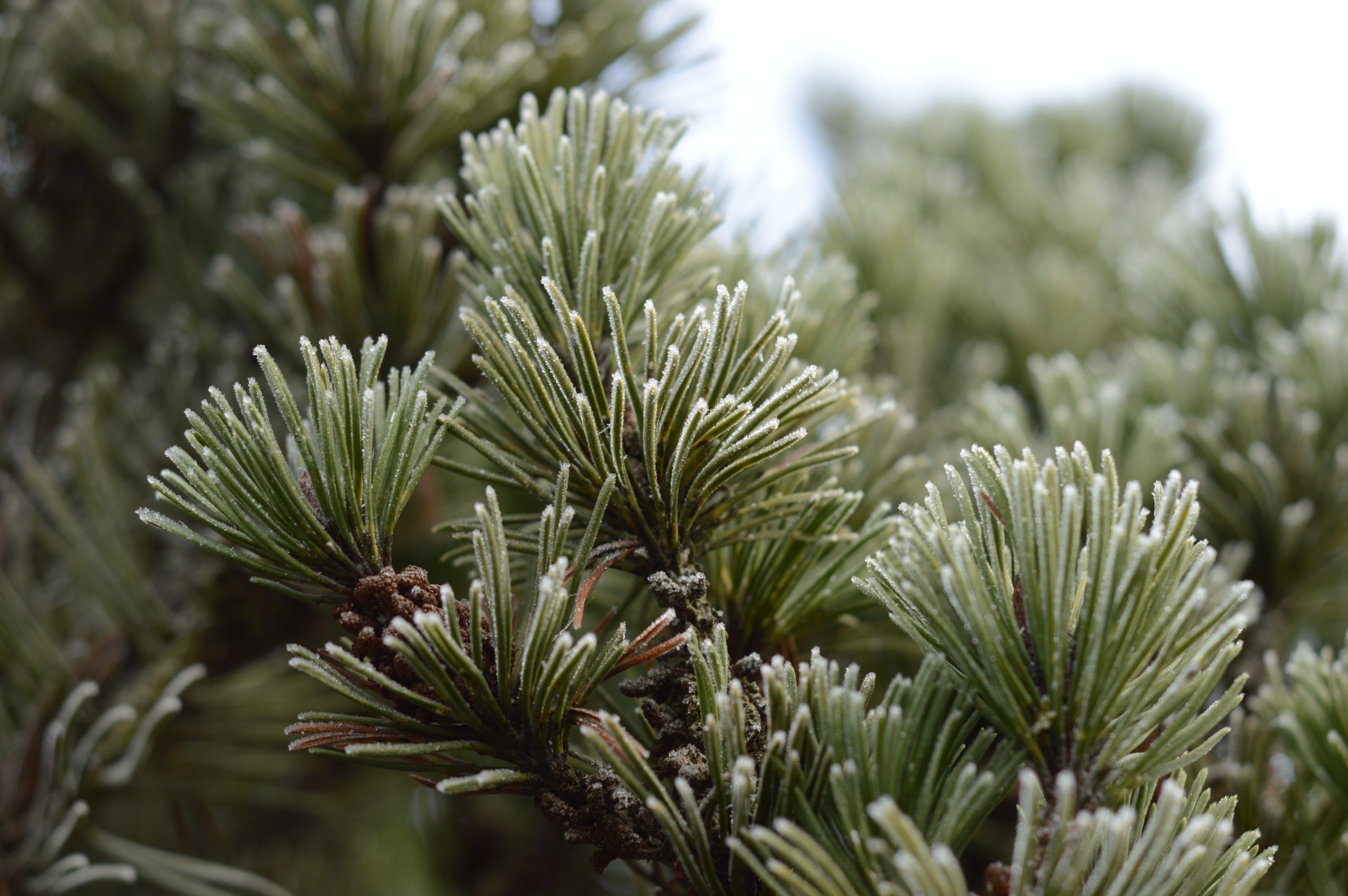 I feel like January has lasted forever. But then I’m also surprised it’s February in a few days. Are you as surprised as I am? Because I sure as hell didn’t anticipate it. Wow, me.
Anyways, I made a list of February releases I’m really excited for. There are so many cool sounding books out and I can’t wait to read them. What releases are you most excited for?

The Gravity of Us by Phil Stamper

As a successful social media journalist with half a million followers, seventeen-year-old Cal is used to sharing his life online. But when his pilot father is selected for a highly publicized NASA mission to Mars, Cal and his family relocate from Brooklyn to Houston and are thrust into a media circus.
Amidst the chaos, Cal meets sensitive and mysterious Leon, another “Astrokid,” and finds himself falling head over heels—fast. As the frenzy around the mission grows, so does their connection. But when secrets about the program are uncovered, Cal must find a way to reveal the truth without hurting the people who have become most important to him. (goodreads)
⇒ excited because: space, queer, gorgeous cover

All the Stars and Teeth by Adalyn Grace

As princess of the island kingdom Visidia, Amora Montara has spent her entire life training to be High Animancer—the master of souls. The rest of the realm can choose their magic, but for Amora, it’s never been a choice. To secure her place as heir to the throne, she must prove her mastery of the monarchy’s dangerous soul magic.
When her demonstration goes awry, Amora is forced to flee. She strikes a deal with Bastian, a mysterious pirate: he’ll help her prove she’s fit to rule, if she’ll help him reclaim his stolen magic.
But sailing the kingdom holds more wonder—and more peril—than Amora anticipated. A destructive new magic is on the rise, and if Amora is to conquer it, she’ll need to face legendary monsters, cross paths with vengeful mermaids, and deal with a stow-away she never expected… or risk the fate of Visidia and lose the crown forever. (goodreads)
⇒ excited because: PIRATES! magic + pirates, the cover

Yes No Maybe So by Becky Albertalli & Aisha Saeed

YES
Jamie Goldberg is cool with volunteering for his local state senate candidate—as long as he’s behind the scenes. When it comes to speaking to strangers (or, let’s face it, speaking at all to almost anyone), Jamie’s a choke artist. There’s no way he’d ever knock on doors to ask people for their votes…until he meets Maya.
NO
Maya Rehman’s having the worst Ramadan ever. Her best friend is too busy to hang out, her summer trip is canceled, and now her parents are separating. Why her mother thinks the solution to her problems is political canvassing—with some awkward dude she hardly knows—is beyond her.
MAYBE SO
Going door to door isn’t exactly glamorous, but maybe it’s not the worst thing in the world. After all, the polls are getting closer—and so are Maya and Jamie. Mastering local activism is one thing. Navigating the cross-cultural romance of the century is another thing entirely. (goodreads)
⇒ excited because: sounds like a cute contemporary, muslim MC, politics?, soft boy?

The Stars we Steal by Alexa Donne

Engagement season is in the air. Eighteen-year-old Princess Leonie “Leo” Kolburg, heir to a faded European spaceship, only has one thing on her mind: which lucky bachelor can save her family from financial ruin?
But when Leo’s childhood friend and first love Elliot returns as the captain of a successful whiskey ship, everything changes. Elliot was the one that got away, the boy Leo’s family deemed to be unsuitable for marriage. Now, he’s the biggest catch of the season and he seems determined to make Leo’s life miserable. But old habits die hard, and as Leo navigates the glittering balls of the Valg Season, she finds herself falling for her first love in a game of love, lies, and past regrets. (goodreads)
⇒excited because: Persuasion retelling, in space!!

In this volume we’ll see the Heartstopper gang go on a school trip to Paris! Not only are Nick and Charlie navigating a new city, but also telling more people about their relationship AND learning more about the challenges each other are facing in private…
Meanwhile Tao and Elle will face their feelings for each other, Tara and Darcy share more about their relationship origin story, and the teachers supervising the trip seem… rather close…? (goodreads)
⇒ excited because: I guess I just love the characters. a lot.

Ink in the blood by Kim Smejkal

Celia Sand and her best friend, Anya Burtoni, are inklings for the esteemed religion of Profeta. Using magic, they tattoo followers with beautiful images that represent the Divine’s will and guide the actions of the recipients. It’s considered a noble calling, but ten years into their servitude Celia and Anya know the truth: Profeta is built on lies, the tattooed orders strip away freedom, and the revered temple is actually a brutal, torturous prison.
Their opportunity to escape arrives with the Rabble Mob, a traveling theater troupe. Using their inkling abilities for performance instead of propaganda, Celia and Anya are content for the first time . . . until they realize who followed them. The Divine they never believed in is very real, very angry, and determined to use Celia, Anya, and the Rabble Mob’s now-infamous stage to spread her deceitful influence even further.
To protect their new family from the wrath of a malicious deity and the zealots who work in her name, Celia and Anya must unmask the biggest lie of all—Profeta itself. (goodreads)
⇒excited because: tattoo magic, queer

The Upside of Falling by Alex Light

It’s been years since seventeen-year-old Becca Hart believed in true love. But when her former best friend teases her for not having a boyfriend, Becca impulsively pretends she’s been secretly seeing someone.
Brett Wells has it all. Being captain of the football team and one of the most popular guys in school, he should have no problem finding someone to date, but he’s always been more focused on his future than who to bring to prom. When he overhears Becca’s lie, Brett decides to step in and be her mystery guy. It’s the perfect solution: he gets people off his back for not dating and she can keep up the ruse.
Acting like the perfect couple isn’t easy though, especially when you barely know the other person. But with Becca still picking up the pieces from when her world was blown apart years ago and Brett just barely holding his together now, they begin to realize they have more in common than they ever could have imagined. When the line between real and pretend begins to blur, they are forced to answer the question: is this fake romance the realest thing in either of their lives? (goodreads)
⇒excited because: fake dating!!!, sounds kind of cute

Business is booming for Prudence Wu.
A black-market-media smuggler and scholarship student at the prestigious New Columbia Preparatory Academy, Pru is lucky to live in the Barricade Coalition where she is free to study, read, watch, and listen to whatever she wants. But between essays and exams, she chooses to spend her breaks sweet-talking border patrol with her best friend, Anabel, in order to sell banned media to the less fortunate citizens of the United Continental Confederacy, Inc.
When a drop-off goes awry, Pru narrowly escapes UCC enforcers to find that her rescuer is, of all things, a sentient cybernetic dragon. On the one hand, Pru is lucky not to be in prison, or worse. On the other, the dragon seems to have imprinted on her permanently, which means she has no choice but to be its pilot.
Drawn into a revolution she has no real interest in leading, Pru, Anabel, and friends Alex and Cat become key players in a brewing conflict with the UCC as the corporate government develops advanced weaponry more terrifying and grotesque than Pru could have ever imagined. (goodreads)
⇒excited because: CYBERNETIC DRAGON?!, this just sounds so good, queer, PoC MC

The Shadows between Us by Tricia Levenseller

Alessandra is tired of being overlooked, but she has a plan to gain power:
1) Woo the Shadow King.
2) Marry him.
3) Kill him and take his kingdom for herself.
No one knows the extent of the freshly crowned Shadow King’s power. Some say he can command the shadows that swirl around him to do his bidding. Others say they speak to him, whispering the thoughts of his enemies. Regardless, Alessandra knows what she deserves, and she’s going to do everything within her power to get it.
But Alessandra’s not the only one trying to kill the king. As attempts on his life are made, she finds herself trying to keep him alive long enough for him to make her his queen—all while struggling not to lose her heart. After all, who better for a Shadow King than a cunning, villainous queen? (goodreads)
⇒excited because: liked previous books by the author, villainous MC + LI???? YES?