Favourite places in France (that are not Paris) 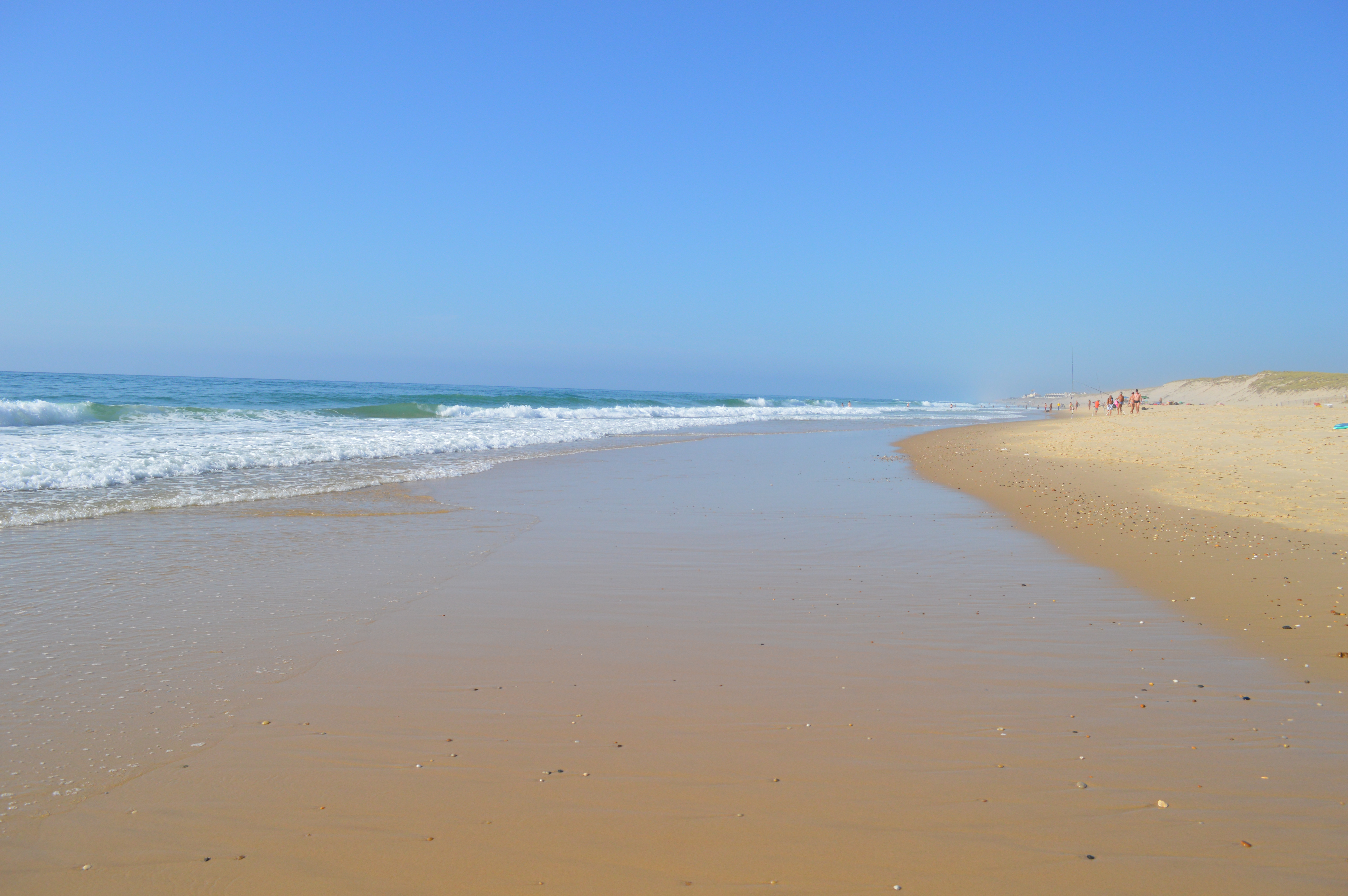 Don’t get me wrong. I love Paris, it’s one of my favourite cities in the world. That I haven’t visited many cities at all is a whole other thing. Anyways, I’ve been on vacation to France for over 10 years now, have been there on several occations to study the language and since it’s not too far from my home in Germany, I go there to do some shopping or visit cities from time to time. I’ve seen some amazing places and have fallen in love with some of them. And I thought: Why not show you some of these places, especially because I’m returning to them in a few days? Let’s start with cities, shall we?

Reims is a city located in the Champagne, in the north west of Paris. It was founded by the Celts and was important for the Romans as well. Since the middle ages it’s been important for the Catholic church and has a very pretty gothic cathedral, the Cathédrale Notre-Dame de Reims. There are also Roman remains and many museums. Of course, since it’s in the Champagne, Reims is famous for champagne production. 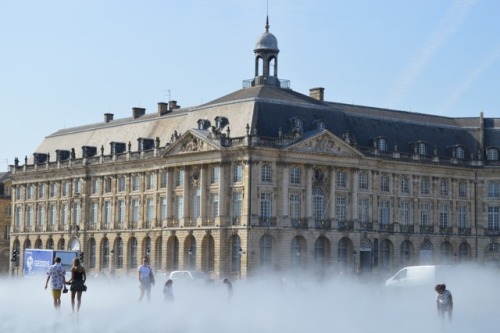 Bordeaux is one of the prettiest cities I’ve ever visited. I could not get enough of the pretty buildings and flowers on balconies, old houses, overgrown with plants. The Old Town even is a UNESCO World Heritage. And it’s on the shores of the Garonne, a river. Unfortunately, the river makes it possible for big ships (cruise ships, urghs) to get into the city. Bordeaux is located in the south west of France and is famous for its wine (which really is delicious). The city’s history is very interesting, it was important from the Antiquity and had quite the big role until the Second World War. It still is one of the alrgest cities in France. And don’t even get me started on the museums! I’m so looking forward to going back there soon to visit some of them. 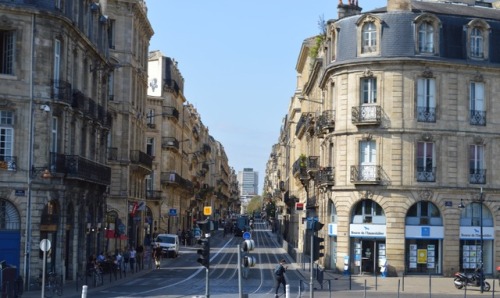 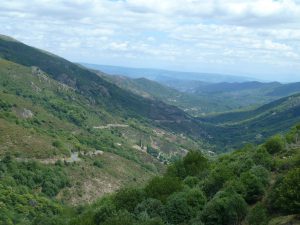 Yes, I’m naming a river here. A whole region around it. Because it’s just so beautiful and means so much to me. The Ardèche is a river in the south of France, its source lays in the Massif Central and it flows into the Rhône. It’s especially famous for the deep valley the water has eaten into the stone and is called Gorges de l’Ardèche. It’s a paradise for water travellers. And for hikers. And people who just want to enjoy a beautiful peace of nature. While the whole valley is famous, the most known sight is the Pont d’Arc, a bridge across the river that has grown naturally. The nature is beautiful, with deep valleys and dry forests of holly oakes and rocks with bats, mantis and lizards. You might also see the occasional snake. 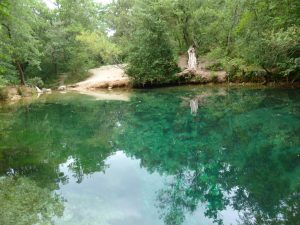 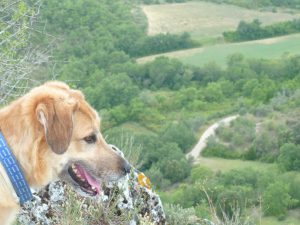 But not only the nature right next to the river is amazing. There are for example the hills around Grospierres, like Le Chastelas, an abandoned village that beautifully fits into the hill which has a big monolithic rock on its top. You can climb up there and you can even take your stupid dog that refuses to wait down there. I’ve loved this place from the start because it’s been one of the places I could go for solitude if my family got too much. There’s also a big, pretty source at the foot of the hill, from which a cute little stream runs down to the village.

Then of course, there are the villages along the river. For example Balazuc, a very old village that is now known for having a lot of artists. Or Labeaume that has grown around and inside a cliff right next to the river. It’s very picturesque with its lovely bridge and deep inside the Ardèche’s valley.

Then of course, there are the hiking routes along the Chassezac, a tributary to the Ardèche. The routes go through holly oak forests and along the deep gorges. You can also walk down there or climb across the cliffs and rocks. 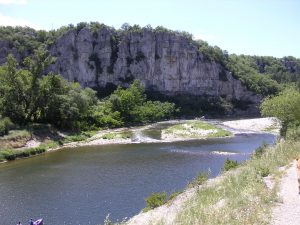 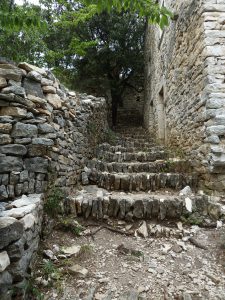 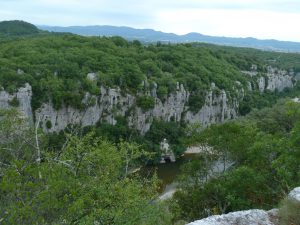 COAST OF THE ATLANTIC OCEAN

Or to be precise, the long beaches. They are seriously beautiful. Especially when you go there in the autumn or in early spring. Then there aren’t as many tourists and at certain times, you have the beach almost to yourself. And when it’s low tide, the sand seems to be endless and you can just walk and walk. Those beaches are truly amazing. 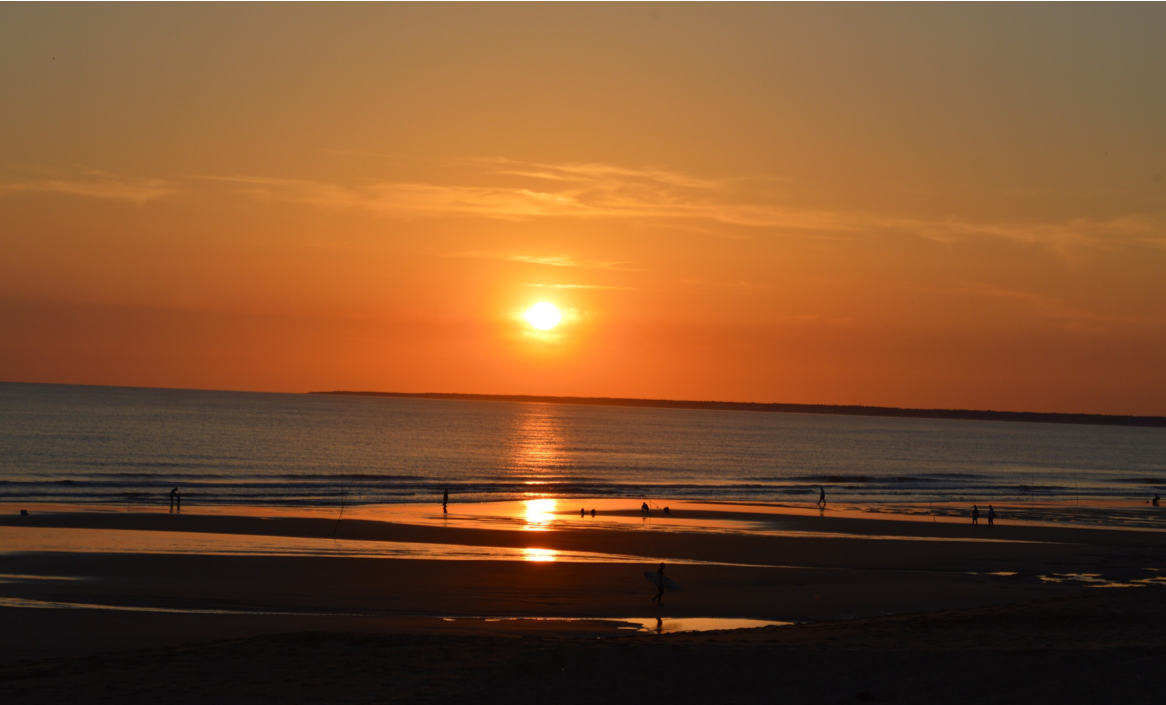 What about you? Have you been to France? Where did you like it best? Where would you like to go?