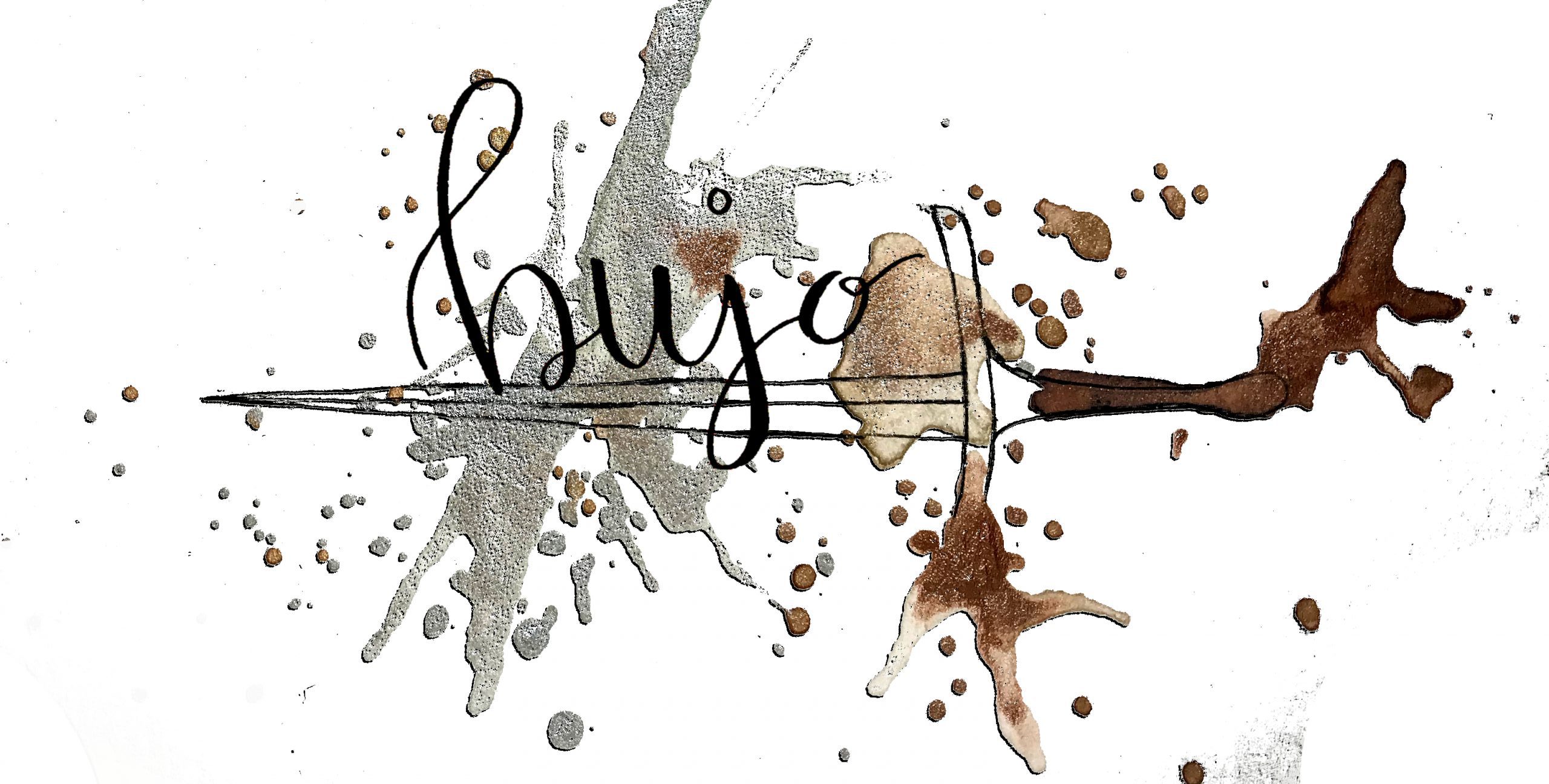 We’re already a week into February, but I really like my February spread and still wanted to share it with you. So for 2020, I decided to do things a little differently. Instead of picking a random theme every month, I want to do historical epochs. That can be wide like my January theme, dinosaurs. February is ancient Egypt, so still a time span of over 3000 years. But I guess you get what I plan to do. And since I study egyptology, I could finally put my knowledge into creativity. And it turned out pretty cool, if I may say so myself. 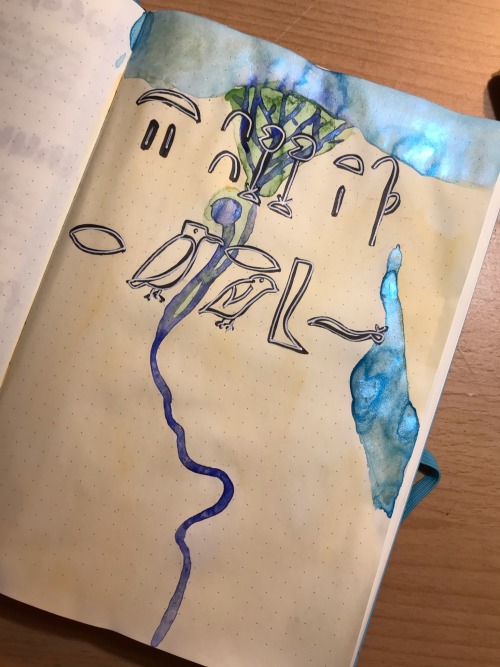 For the title page, I made a map of Egypt. It probably wasn’t good planning on my side to put the hieroglyphs on the top, but I never really plan things and start, so they’re a bit hard to read. But oh well, I know better for next time. The hieroglyphs read from top right to bottom left „year 2020, month 2, Februar.“ Since there wasn’t a month called Februar(y) in ancient Egypt, I had to improvise and put the hieroglyphs after the spelling, so we have F-B-R-U-A-R. Ancient Egyptian didn’t write vocals, „a“ + „u“ are weak consonants, which is why they are written. In egyptological transcription this reads as „rnp.t 2020, Abd 2, fbrwAr“ = „renpet 2020, abed 2, februar“. The word Februar is made up of a horned viper, a leg + foot, mouth, a quail, a vulture and another mouth.
I painted the map with water colour and the hieroglpyhs with a black brush pen, then with a white gel pen. 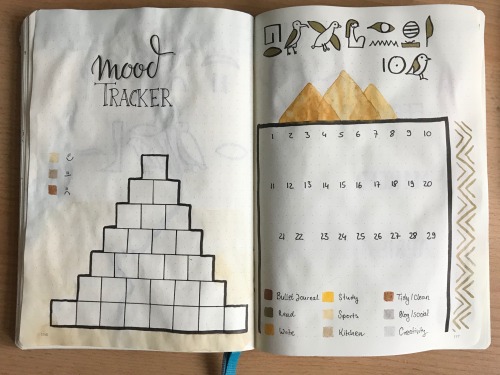 For the mood tracker, I went with a thing everyone seems to connect to ancient Egypt: a pyramid. Did you know, pyramids as tombs were only used in the so called Old Kingdom that ended around 2100 BC? The pharaos (and sometimes family/court members) built those huge things to be buried in. From them, tombs got smaller and smaller over time. Funny that I’m now writing about this, since I’ve been to a lecture on Old Kingdom tombs just yesterday. Anyways, tombs were carefully planned. Imagine a lifetime planning for your tomb and also the burial places of members of your court, all around you but still at a bit of distance, not too close please. The court and family member’s tombs were, of course, smaller than the king’s. Building pyramids peaked with king Snofru, his son Khufu and grandson Khafra.

On the page next to it the hieroglyphs tell you, what is tracked there: „What did I do today?“ I thought it was appropriate to put the pyramids of Giza there as well. 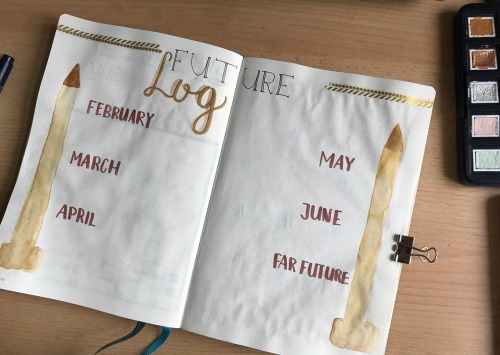 The next two pages are for the future log where I note down events in the future, like holidays, book fairs, weddings, etc. The two things on the sides are supposed to be obelisks. I know they look kind of terrible, but as long as I know what they are, it’s all good? I guess? They were connected to the sun and placed in pairs in front of temples. The Romans apparently thought they were cool and shipped them off to Rome. Today, you can find obelisks in many cities, like Cleopatra’s Needle in London or the Obélisque de Luxor in Paris. 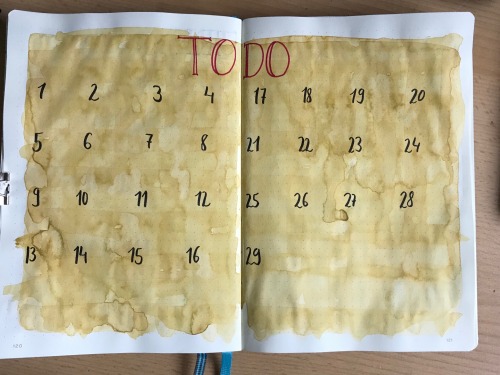 My to do list explains itself, I think. I tried and very much failed to draw papyrus. Papyrus was one of the most important things to write on, next to ostraca. Ostraca are shards of ceramics or stone, papyrus is made of fibers of the papyrus plant. The writing was in black and red ink, a red part is called a rubrum and is often used to indicate a new chapter in the text. The writing was in hieratic, the cursive writing to the hieroglyphs. Later, it was written in the languages of Demotic, Coptic and Ptolemaic. What was written on papyrus? Well, everything. Letters, stories, administration texts, medicinal recipes, notes,… anything you’d write on a paper today! 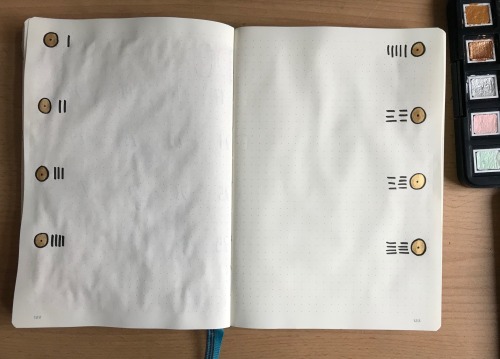 The last pages are, as always, diary pages. Here I shortly write down the most important things I did that night. It’s great that Egyptian can be written from left to right as well as right to left. It just says „sw + number“ = „day + number“. One line symbolizes the number one. There are different number symbols, simple strokes for the number 1-9, then a half circle for 10, a lotus plant for thousand, etc.

I hope you liked this little glimpse into my bujo and also into ancient Egypt.