February Illumicrate Unboxing | The City is Ours 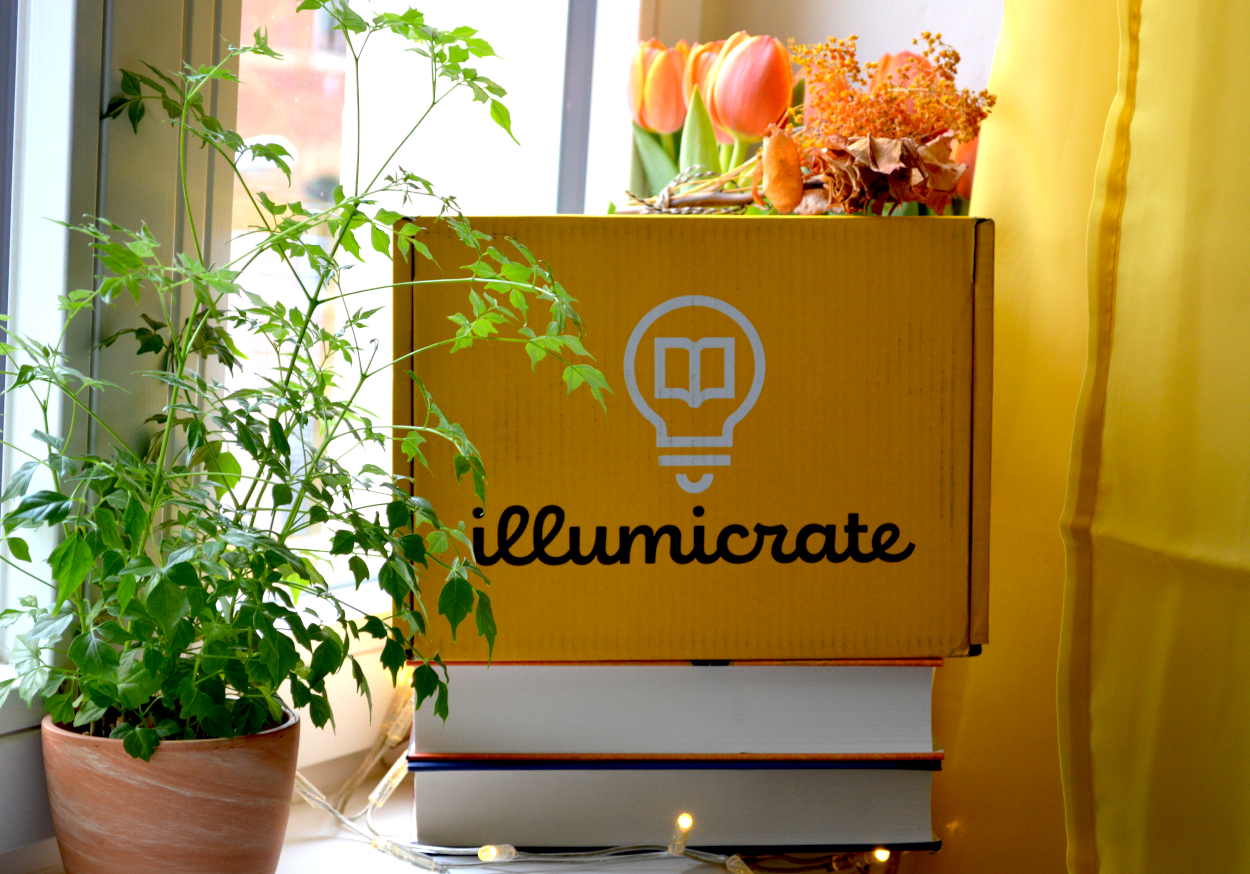 I haven’t had a bookish box in quite a while. I was subscribed to OwlCrate and Magic Chest a few years ago and I’m so happy to finally have an Illumicrate subscription. I’ve loved this box from a distance for ages now and I’m really happy with the first box I got which was the February “The City is Ours” box. Let’s have a look at the contents, shall we? 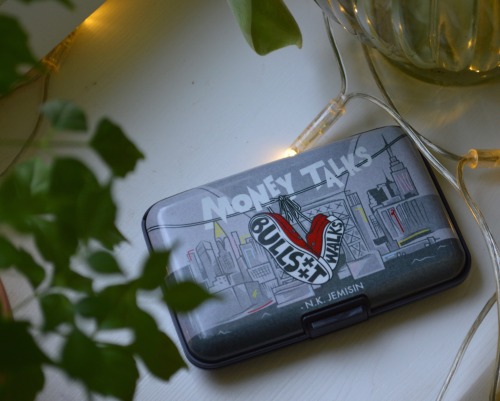 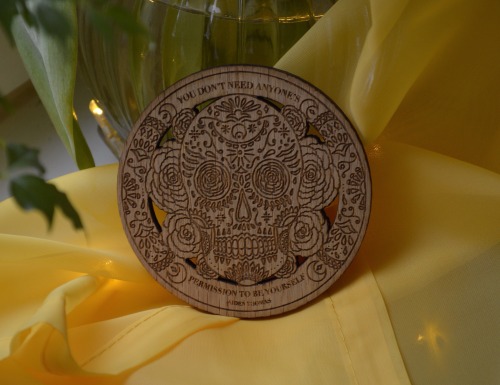 First, we have a card holder, designed by Dionna Gary Bunn and inspired by The City We Became. A card holder is perfect for me  these days because I apparently have become a member of a lot of things by now. I haven’t read the book yet but it is on my tbr! I also haven’t read The Cemetery Boys yet which inspired NoonDesigns’ wooden coaster. I absolutely love this coaster’s look even though I probably won’t ever use it. 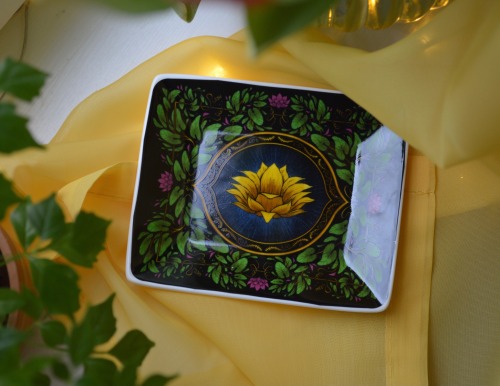 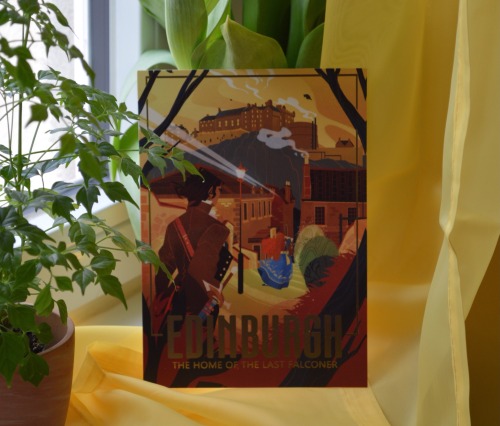 The next item was a decorative plate by Fez Inkwright, inspired by The Gilded Wolves. This was probably my favourite item in the whole box because 1. this plate is absolutely stunning and 2. I just love The Gilded Wolves so, so much. And 3. I love cluttering my kitchen with pretty things. I don’t really have use for the print since I haven’t read the Falconer series yet. I still like Jess Taylor’s design of it. 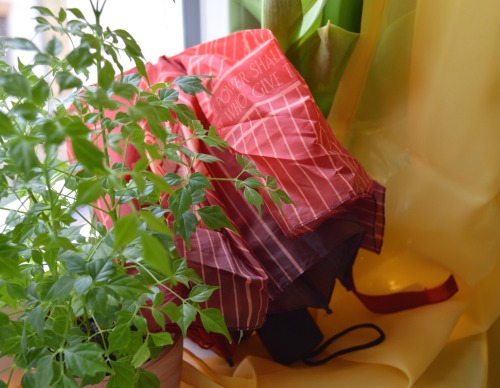 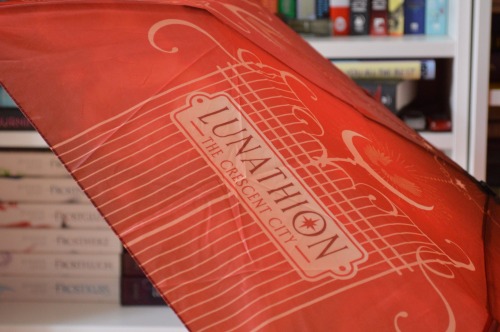 A useful item, especially with the weather being the way it is right now, is the umbrella designed by Chatty Nora, inspired by Crescent City. I have to admit I didn’t like Crescent City at all and I still get annoyed over it but the design of the umbrella is really nice. I can only take it outside when it isn’t windy, though, it doesn’t exactly look super sturdy. 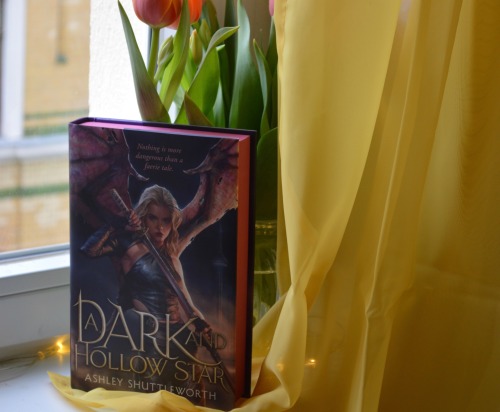 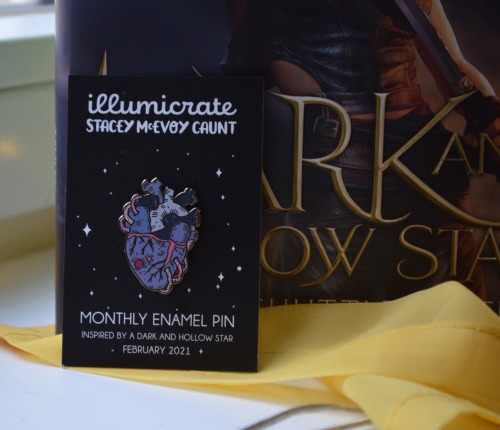 And then there is the book of course! I’m so glad the February book was A Dark and Hollow Star by Ashley Shuttleworth, a book I’m really excited to read! It came with an author letter and a print of the characters (which I of course forgot to take photos of, sigh). And the sprayed edges are pretty too! I love sprayed edges! The monthly collector’s pin was inspired by the philosopher’s stone appearing in the book and was designed by Stacey McEvoy-Caunt. Here is the synopsis for A Dark and Hollow Star:

The “ironborn” half-fae outcast of her royal fae family.
A tempestuous Fury, exiled to earth from the Immortal Realm and hellbent on revenge.
A dutiful fae prince, determined to earn his place on the throne.
The prince’s brooding guardian, burdened with a terrible secret.
For centuries, the Eight Courts of Folk have lived among us, concealed by magic and bound by law to do no harm to humans. This arrangement has long kept peace in the Courts—until a series of gruesome and ritualistic murders rocks the city of Toronto and threatens to expose faeries to the human world.
Four queer teens, each who hold a key piece of the truth behind these murders, must form a tenuous alliance in their effort to track down the mysterious killer behind these crimes. If they fail, they risk the destruction of the faerie and human worlds alike. If that’s not bad enough, there’s a war brewing between the Mortal and Immortal Realms, and one of these teens is destined to tip the scales. The only question is: which way?
Wish them luck. They’re going to need it. 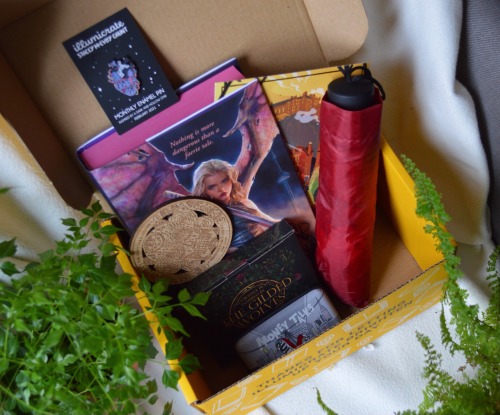 book box illumicrate the city is ours unboxing
Leave a comment