It is time for some reviews. But since I’m in so much uni stress right now, I’m keeping it short and write two smaller reviews.

Girls of Paper and Fire 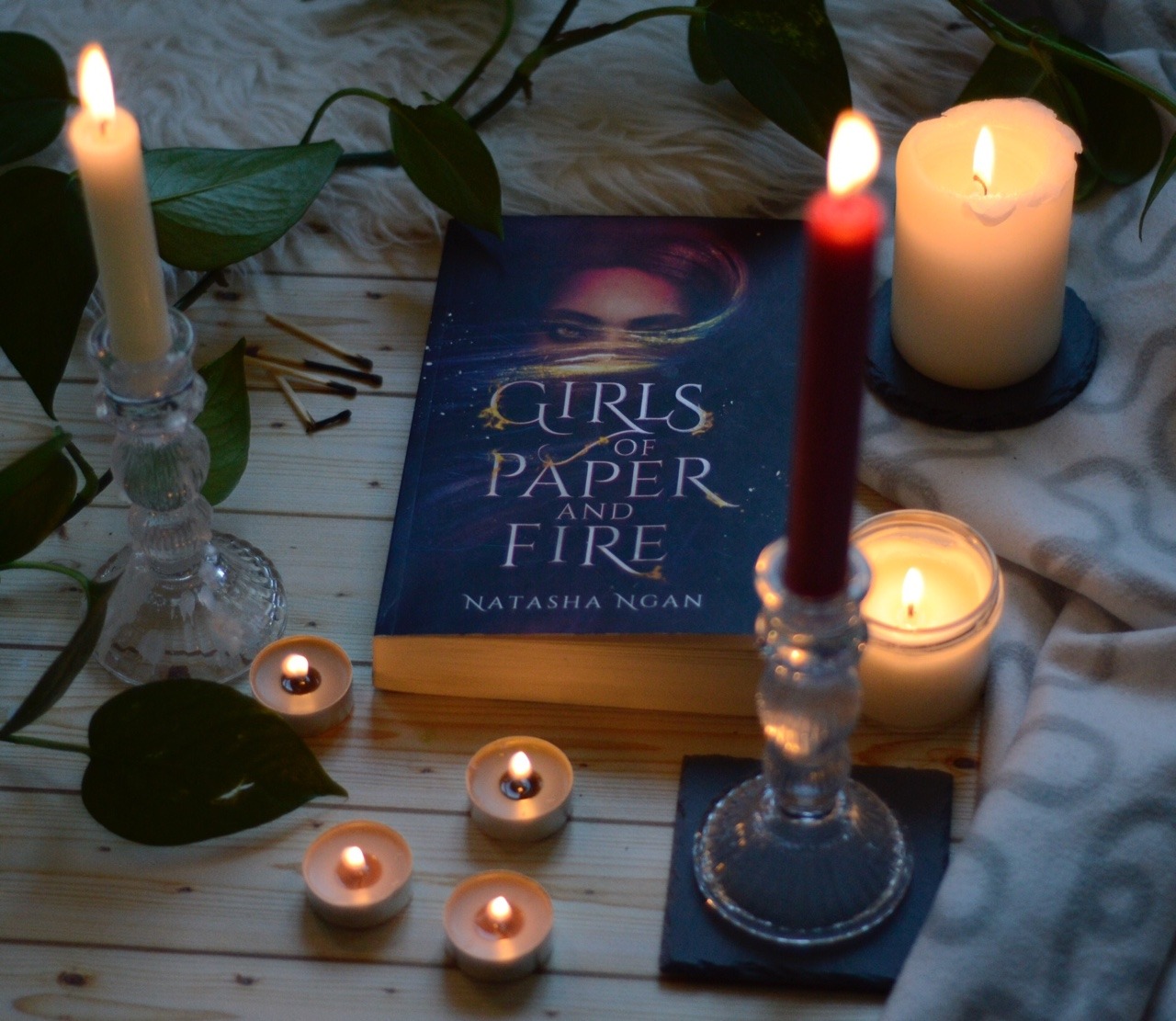 There are three castes: the paper caste is the lowest and is for humans. The moon caste is the highest, made up of demons. The steel case are part human, part demon and are inbetween. Every year, eight selected girls from the paper caste are chosen as the demon king’s courtesans. But this year, nine girls are chosen. And Lei is one of them. Forced to leave her little town she now has to live in the palace with the goal of surviving and fleeing in mind.

I enjoyed this immensely. I fell in love with the writing style. It was fluent, and a bit prosaic at some points, beautifully describing the characters and their surroundings, making me taste the delicious food and smelling the rich scents and feeling the pain. The main character, Lei, was beautifully written as well, strong, smart and learning, adapting and waiting for the right moment before making a move. She is not perfect, but a bit clumsy which just makes her more likeable. And she falls in love with another girl, much yay for that. The love interest is this gorgeous girl who seems not to care about anything but actually cares a lot and has a big heart.
The story was good, quite drastic and brutal at some parts. There is a lot of abuse, physical and emotional, rape and attempted rape, killings. The society in this book is pretty bad, animal-form demons reigning above everyone else and doing whatever they want with other people. If you can say that about a book, I’d say it was quite harsh, but with soft spots.

Daughter of the Pirate King

A mysterious island. 3 parts to a treasure map.
Pirate princess Alosa lets herself get captured by enemy pirates because she is on the hunt for the second part of the map. Her father already has one. But the search doesn’t go as smoothly as she thought, mostly thanks to the clever first mate, who manages to outsmart her from time to time. Alosa needs to use all her abilities, fighting with words and weapons… and the unwanted gifts her mother gave her.

Hell yes, a pirate princess? Sign me up. Alosa is amazing, she is smart and witty and doesn’t hold back her opinion. She uses sarcasm as her first language and is better with a sword than most other people. She always has an ace up her sleeve and even in unforseen situations she manages to make the best of it. Riden, the first mate is her match in almost everything, though he seems to be at bit softer than her. For the two, and every other character as well, I would have liked a bit more backstory.
The plot was mostly the typical pirates searching for treasure thingy, but with young people, fun and tons of sarcasm. I definitely liked this book and need to know how the story continues.