I do enjoy a good retelling, especially if it’s a retelling of a story I love. Since The Count of Monte Cristo is one of my favourite classics, I of course had to pick up Scavenge the Stars. Continue reading to find out if it lived up to my expectations.

ABOUT SCAVENGE THE STARS

When Amaya rescues a mysterious stranger from drowning, she fears her rash actions have earned her an even longer sentence on the debtor ship where she’s been held captive for years. Instead, the man she saved offers her unimaginable riches and a new identity, setting Amaya on a perilous course through the coastal city-state of Moray, where old-world opulence and desperate gamblers collide. Amaya still only wants one thing: revenge against the man who ruined her family and stole the life she once had. But the more entangled she becomes in this game of deception-and as her path intertwines with the son of the man she’s plotting to bring down-the more she uncovers about the truth of her past. And the more she realizes she can’t trust anyone but herself. 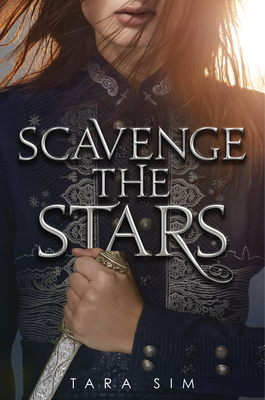 REVIEW OF SCAVENGE THE STARS

Except for the pacing, there was nothing off for me. I absolutely loved this book and read it very quickly. Now I just need a fast way to get my hands on the sequel, Ravage the Dark. Scavenge the Stars was an adventurous read with struggling characters that hope for the best, intrigues and a desire for revenge in somehow everyone. I highly enjoyed this gender-bent, queer retelling of The Count of Monte Cristo.

Have you read a book by Tara Sim yet? Do you enjoy retellings? Which stories with a revenge plot do you know of?