Two years ago, Louise le Blanc fled her coven and took shelter in the city of Cesarine, forsaking all magic and living off whatever she could steal. There, witches like Lou are hunted. They are feared. And they are burned.
Sworn to the Church as a Chasseur, Reid Diggory has lived his life by one principle: thou shalt not suffer a witch to live. His path was never meant to cross with Lou’s, but a wicked stunt forces them into an impossible union—holy matrimony.
The war between witches and Church is an ancient one, and Lou’s most dangerous enemies bring a fate worse than fire. Unable to ignore her growing feelings, yet powerless to change what she is, a choice must be made.
And love makes fools of us all. 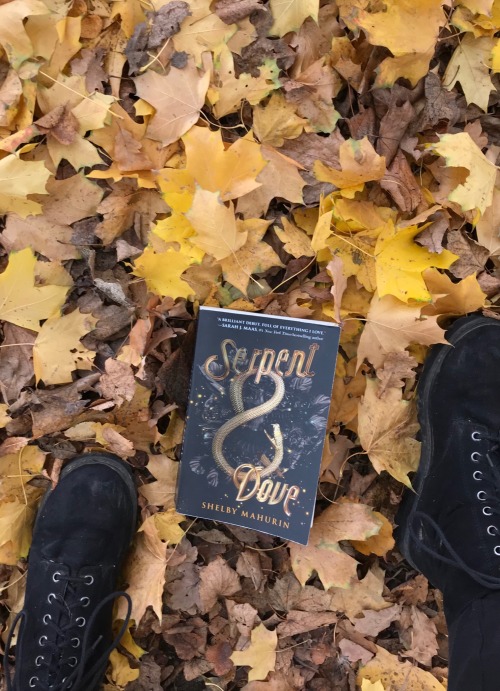 *Note: This might contain slight spoilers to make some points.*

She was a witch, he was a witch hunter, can I make it any more obvious? He read the bible, she did not obey. What more can I say?
Isn’t this was Avril Lavigne sang? Well, almost anyways. Everytime I do as much as think of Serpent & Dove, I can’t help but think of Sk8er Boi, I’m sorry. That being said, I have to admit, I’m very torn. Why? Oh, because it felt like this book had two completely different halves, one half I loved and one half that disappointed me.

So, this book was very hyped and I was very hyped as well. I mean, a witch and a witch hunter hate-to-love story? Hell yeah, sign me up. And it started amazing. My eyes glued to the page, thinking “wow, that really is worth all the hype”. I was instantly enchanted by the female protagonist, Lou, and her best friend, Coco. Lou is currently in hiding but she’s smart and basically the master™ of sass. She gives witty comebacks and usually has the last word. Lou knows how to avoid her enemies and also not to use her magic because the witch hunters (=chasseurs) are out and about. Coco is equally fierce and would stick with Lou no matter what. She’s a witch as well, but of a different kind. 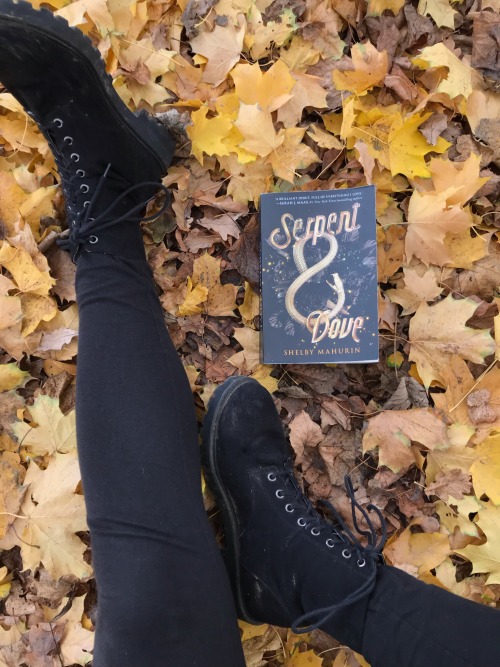 Now, Reid was another thing. I couldn’t really get warm with him at first. He’s a chasseur so he’s with the Church and seems it and himself as above everything, doing the good thing in killing witches. He is an orphan and so tall, like, really, really tall and also a good fighter and a captain. He’s also really close to the Archbishop who is a father figure for him.

The two of them are destined to hate each other but a dumb (or smart?) incident leaves them no choice but to marry and soon Lou moves in with Reid. Now, I lived for their relationship. They both tried to cope with their new situation, going on each other’s nervers and basically annoying the hell out of everyone around them. But nevertheless, they slowly, oh so slowly, start to like each other. The tension, the banter, not being sure what the future hold with a touch of drama. I loved it!

But then came the second half of the book. For me, everything went way too fast. I mean the love story here. As I said, I love a good enemies-to-lovers. It’s my favourite trope ever. But here it lasted until *the one scene* and suddenly there was only lovers? I don’t know how many times I had to read the word “love” and rolled my eyes. Yeah, I’m a bit disappointed and bitter here. The book started out so well and then… eh. While the book was more character focused in the first half, the plot picked up in pace in the second. There was a lot of drama, some action and quite a lot of revelations. I won’t say what kind of, but they were extremely forseeable and again, there was a lot of eye rolling involved on my side.

And to be fair, I couldn’t get totally behind the world? Because there was a Church and an Archbishop and the bible, but then it was also a fictional country where people speak French? Am I too dumb to understand it or did I read over an important passage or is it just accepted as it is? I am confusion?

So yeah. If Serpent & Dove would have ended after the enemies got lovers, I would have given the book all my love for sure. But the second half of the book just let it all go downhill for me. And as much as I loved Lou and her relationships with friends & lover and all the banter, it unfortunately couldn’t entirely save the book for me. But at least I could freshen up my French swear words, so there’s that.