This is my first time participating in Theme Thursday and I’ve finally managed to get some books together for this month.

Theme Thursday was created by Sophie (@ Blame Chocolate) and is a monthly feature where we post about books based on a specific theme. This month’s theme is Time Travel. There will be a different theme every month and you can see the themes and dates here. If you participate, you can post on any Thursday and have to list books that fit the theme (doesn’t have to be the main topic). You can use books in different themes. If you can’t or don’t want to, you don’t have to participate every month. If you talk about it on social media, use the #BlameThemeThursday so it’s easier to find. And most importantly, tag the creator, Sophie, in your posts.

Outlander by Diana Gabaldon
The year is 1945. Claire Randall, a former combat nurse, is just back from the war and reunited with her husband on a second honeymoon when she walks through a standing stone in one of the ancient circles that dot the British Isles. Suddenly she is a Sassenach—an “outlander”—in a Scotland torn by war and raiding border clans in the year of Our Lord…1743.
Hurled back in time by forces she cannot understand, Claire is catapulted into the intrigues of lairds and spies that may threaten her life, and shatter her heart. For here James Fraser, a gallant young Scots warrior, shows her a love so absolute that Claire becomes a woman torn between fidelity and desire—and between two vastly different men in two irreconcilable lives. (goodreads)

Harry Potter and the Prisoner of Azkaban by JK Rowling
Harry Potter’s third year at Hogwarts is full of new dangers. A convicted murderer, Sirius Black, has broken out of Azkaban prison, and it seems he’s after Harry. Now Hogwarts is being patrolled by the dementors, the Azkaban guards who are hunting Sirius. But Harry can’t imagine that Sirius or, for that matter, the evil Lord Voldemort could be more frightening than the dementors themselves, who have the terrible power to fill anyone they come across with aching loneliness and despair. Meanwhile, life continues as usual at Hogwarts. A top-of-the-line broom takes Harry’s success at Quidditch, the sport of the Wizarding world, to new heights. A cute fourth-year student catches his eye. And he becomes close with the new Defense of the Dark Arts teacher, who was a childhood friend of his father. Yet despite the relative safety of life at Hogwarts and the best efforts of the dementors, the threat of Sirius Black grows ever closer. But if Harry has learned anything from his education in wizardry, it is that things are often not what they seem. (goodreads) 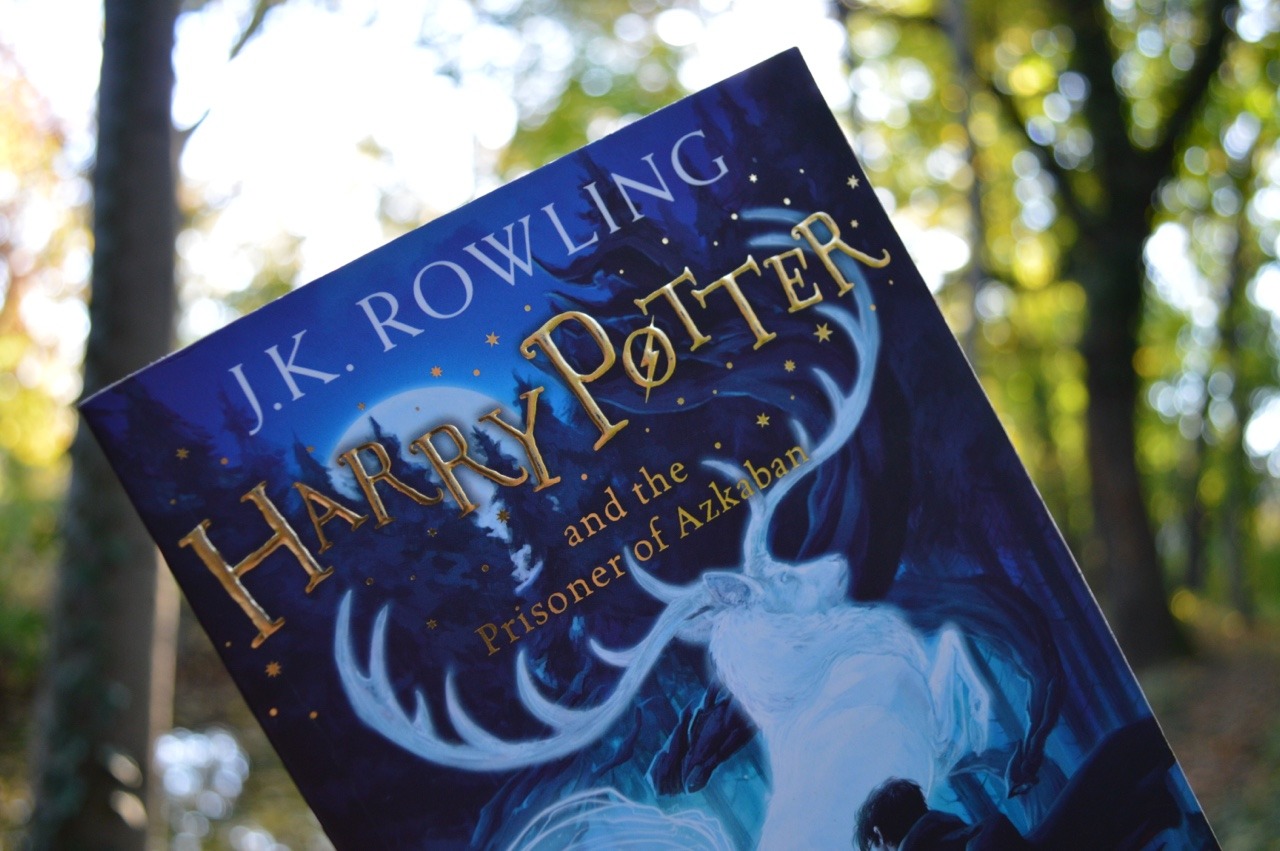 Harry Potter and the Cursed Child
It was always difficult being Harry Potter and it isn’t much easier now that he is an overworked employee of the Ministry of Magic, a husband and father of three school-age children.
While Harry grapples with a past that refuses to stay where it belongs, his youngest son Albus must struggle with the weight of a family legacy he never wanted. As past and present fuse ominously, both father and son learn the uncomfortable truth: sometimes, darkness comes from unexpected places. (goodreads)

Ruby Red by Kerstin Gier
Sixteen-year-old Gwen lives with her extended – and rather eccentric – family in an exclusive London neighborhood. In spite of her ancestors’ peculiar history, she’s had a relatively normal life so far. The time-traveling gene that runs like a secret thread through the female half of the family is supposed to have skipped over Gwen, so she hasn’t been introduced to “the mysteries,” and can spend her time hanging out with her best friend, Lesley. It comes as an unwelcome surprise when she starts taking sudden, uncontrolled leaps into the past.
She’s totally unprepared for time travel, not to mention all that comes with it: fancy clothes, archaic manners, a mysterious secret society, and Gideon, her time-traveling counterpart. He’s obnoxious, a know-it-all, and possibly the best-looking guy she’s seen in any century… (goodreads)

Miss Peregrine’s Home for Peculiar Children by Ransom Riggs
16-year-old Jacob has discovered the ruins of Miss Peregrine’s Home for Peculiar Children. As Jacob explores the abandoned building, he realises that the children were more than just peculiar – they may have been dangerous. And somehow – impossible though it seems – they may still be alive. (goodreads) 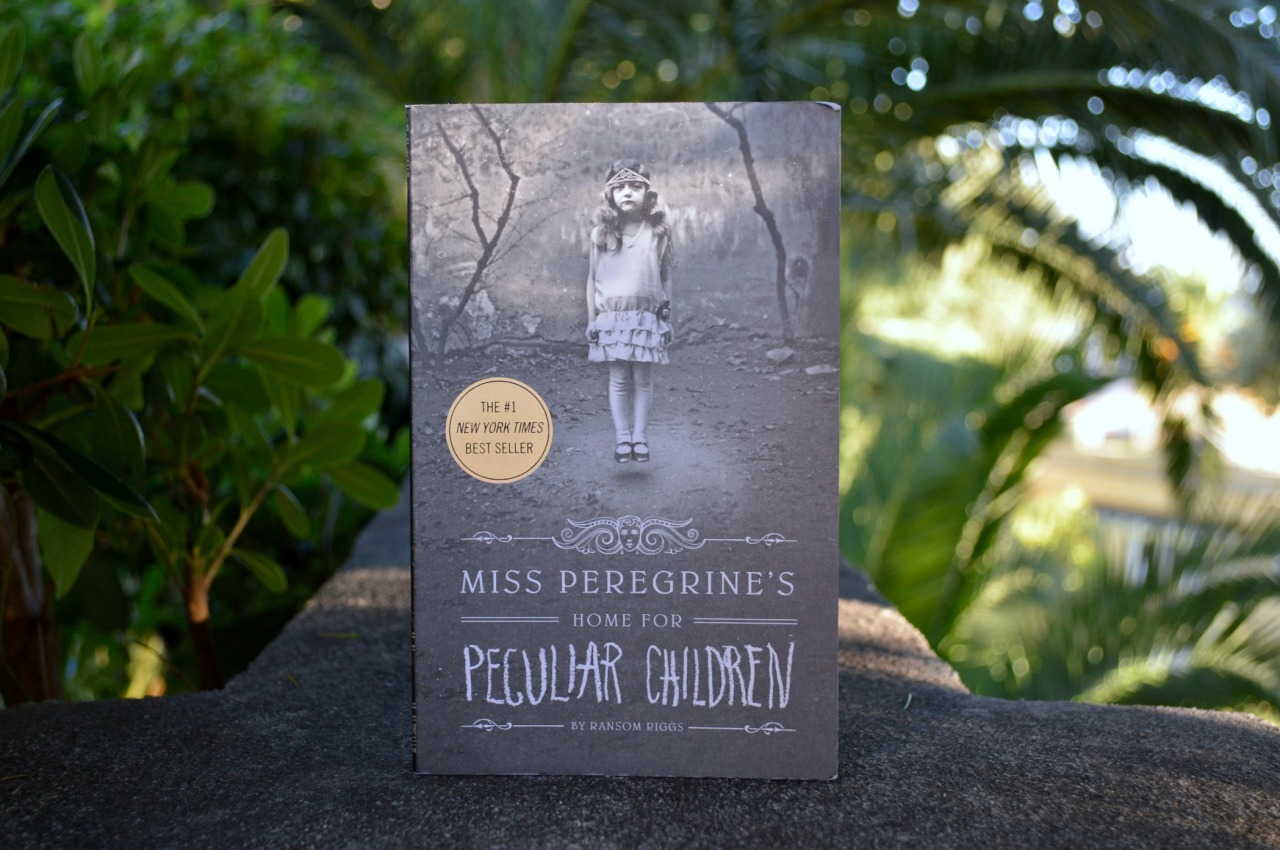 The Girl from everywhere by Heidi Heilig
Nix has spent her entire life aboard her father’s ship, sailing across the centuries, across the world, across myth and imagination.
As long as her father has a map for it, he can sail to any time, any place, real or imagined: nineteenth-century China, the land from One Thousand and One Nights, a mythic version of Africa. Along the way they have found crewmates and friends, and even a disarming thief who could come to mean much more to Nix.
But the end to it all looms closer every day.
Her father is obsessed with obtaining the one map, 1868 Honolulu, that could take him back to his lost love, Nix’s mother. Even though getting it—and going there—could erase Nix’s very existence.
For the first time, Nix is entering unknown waters.
She could find herself, find her family, find her own fantastical ability, her own epic love.
Or she could disappear. (goodreads)

Passenger by Alexandra Bracken
In one devastating night, violin prodigy Etta Spencer loses everything she knows and loves. Thrust into an unfamiliar world by a stranger with a dangerous agenda, Etta is certain of only one thing: she has traveled not just miles but years from home. And she’s inherited a legacy she knows nothing about from a family whose existence she’s never heard of. Until now.
Nicholas Carter is content with his life at sea, free from the Ironwoods—a powerful family in the colonies—and the servitude he’s known at their hands. But with the arrival of an unusual passenger on his ship comes the insistent pull of the past that he can’t escape and the family that won’t let him go so easily. Now the Ironwoods are searching for a stolen object of untold value, one they believe only Etta, Nicholas’ passenger, can find. In order to protect her, he must ensure she brings it back to them—whether she wants to or not.
Together, Etta and Nicholas embark on a perilous journey across centuries and continents, piecing together clues left behind by the traveler who will do anything to keep the object out of the Ironwoods’ grasp. But as they get closer to the truth of their search, and the deadly game the Ironwoods are playing, treacherous forces threaten to separate Etta not only from Nicholas but from her path home… forever. (goodreads) 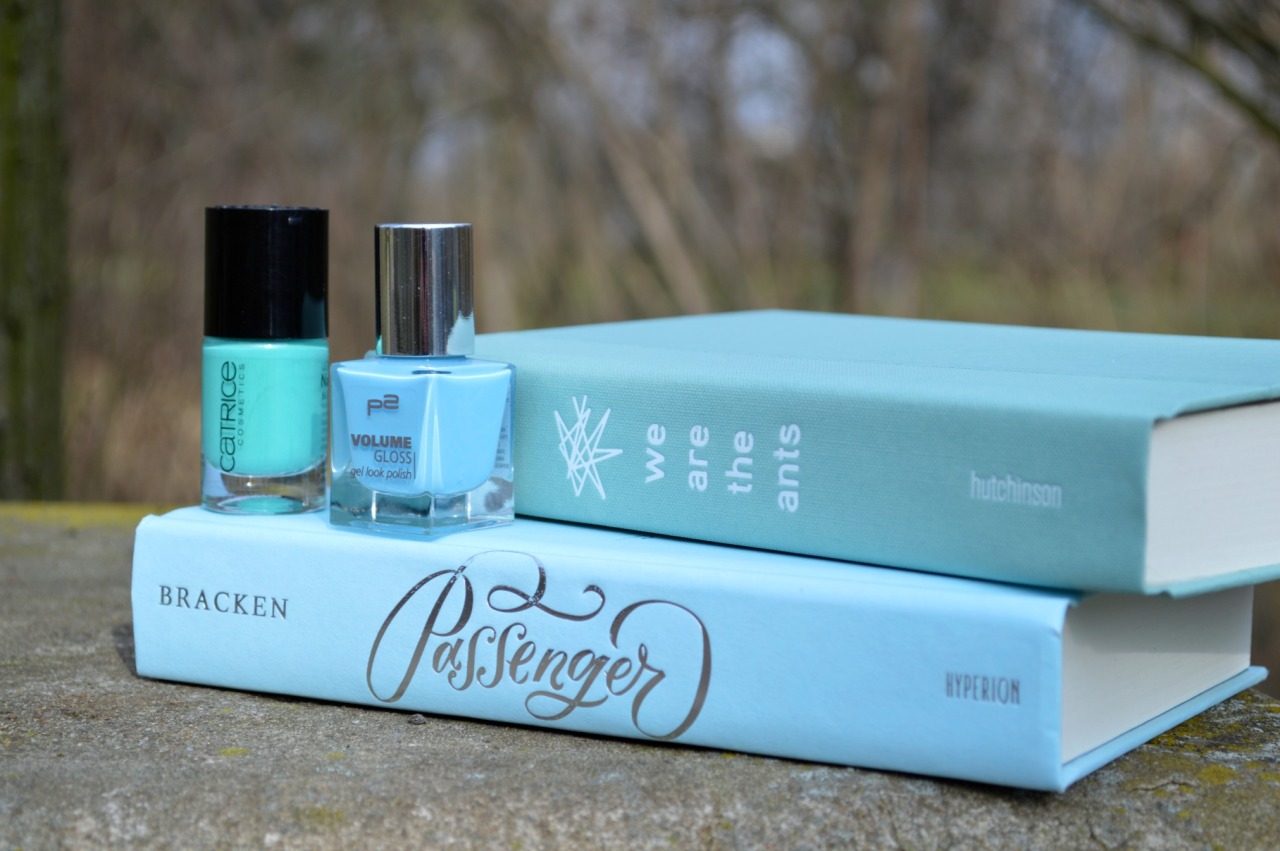 The Last Magician by Lisa Maxwell
In modern-day New York, magic is all but extinct. The remaining few who have an affinity for magic—the Mageus—live in the shadows, hiding who they are. Any Mageus who enters Manhattan becomes trapped by the Brink, a dark energy barrier that confines them to the island. Crossing it means losing their power—and often their lives.
Esta is a talented thief, and she’s been raised to steal magical artifacts from the sinister Order that created the Brink. With her innate ability to manipulate time, Esta can pilfer from the past, collecting these artifacts before the Order even realizes she’s there. And all of Esta’s training has been for one final job: traveling back to 1902 to steal an ancient book containing the secrets of the Order—and the Brink—before the Magician can destroy it and doom the Mageus to a hopeless future.
But Old New York is a dangerous world ruled by ruthless gangs and secret societies, a world where the very air crackles with magic. Nothing is as it seems, including the Magician himself. And for Esta to save her future, she may have to betray everyone in the past. (goodreads)

The Time Machine by H.G. Wells
The time? 802,701 A.D.
The place? An Earth stranger than you can imagine.
The people? A pretty, childlike race, the Eloi-and their distant cousins, the Morlocks: disgusting, hairy creatures who live in caves and feed on the flesh of-what?
Enter the Time Traveller, who has hurtled almost a million years into the future. After the Morlocks steal his machine he may be trapped there…and at their mercy. (goodreads)

Others that fit the theme:

The Time Traveler’s Wife by Audrey Niffenegger
The Time Traveler’s Wife is the story of Clare, a beautiful art student, and Henry, an adventuresome librarian, who have known each other since Clare was six and Henry was thirty-six, and were married when Clare was twenty-three and Henry thirty-one. Impossible but true, because Henry is one of the first people diagnosed with Chrono-Displacement Disorder: periodically his genetic clock resets and he finds himself misplaced in time, pulled to moments of emotional gravity in his life, past and future. His disappearances are spontaneous, his experiences unpredictable, alternately harrowing and amusing. (goodreads)

The End of Eternity by Isaac Asimov
Andrew Harlan is an Eternal, a man whose job it is to range through past and present Centuries, monitoring and, where necessary, altering Time’s myriad cause-and-effect relationships. But when Harlan meets and falls for a non-Eternal woman, he seeks to use the awesome powers and techniques of the Eternals to twist time for his own purposes, so that he and his love can survive together. (goodreads)

The Anubis Gates by Tim Powers
Brendan Doyle, a specialist in the work of the early-nineteenth century poet William Ashbless, reluctantly accepts an invitation from a millionaire to act as a guide to time-travelling tourists. But while attending a lecture given by Samuel Taylor Coleridge in 1810, he becomes marooned in Regency London, where dark and dangerous forces know about the gates in time. Caught up in the intrigue between rival bands of beggars, pursued by Egyptian sorcerers, befriended by Coleridge, Doyle somehow survives. And learns more about the mysterious Ashbless than he could ever have imagined possible. (goodreads)

And that’s it! Do you know any other time travel books? Do you have a favourite?