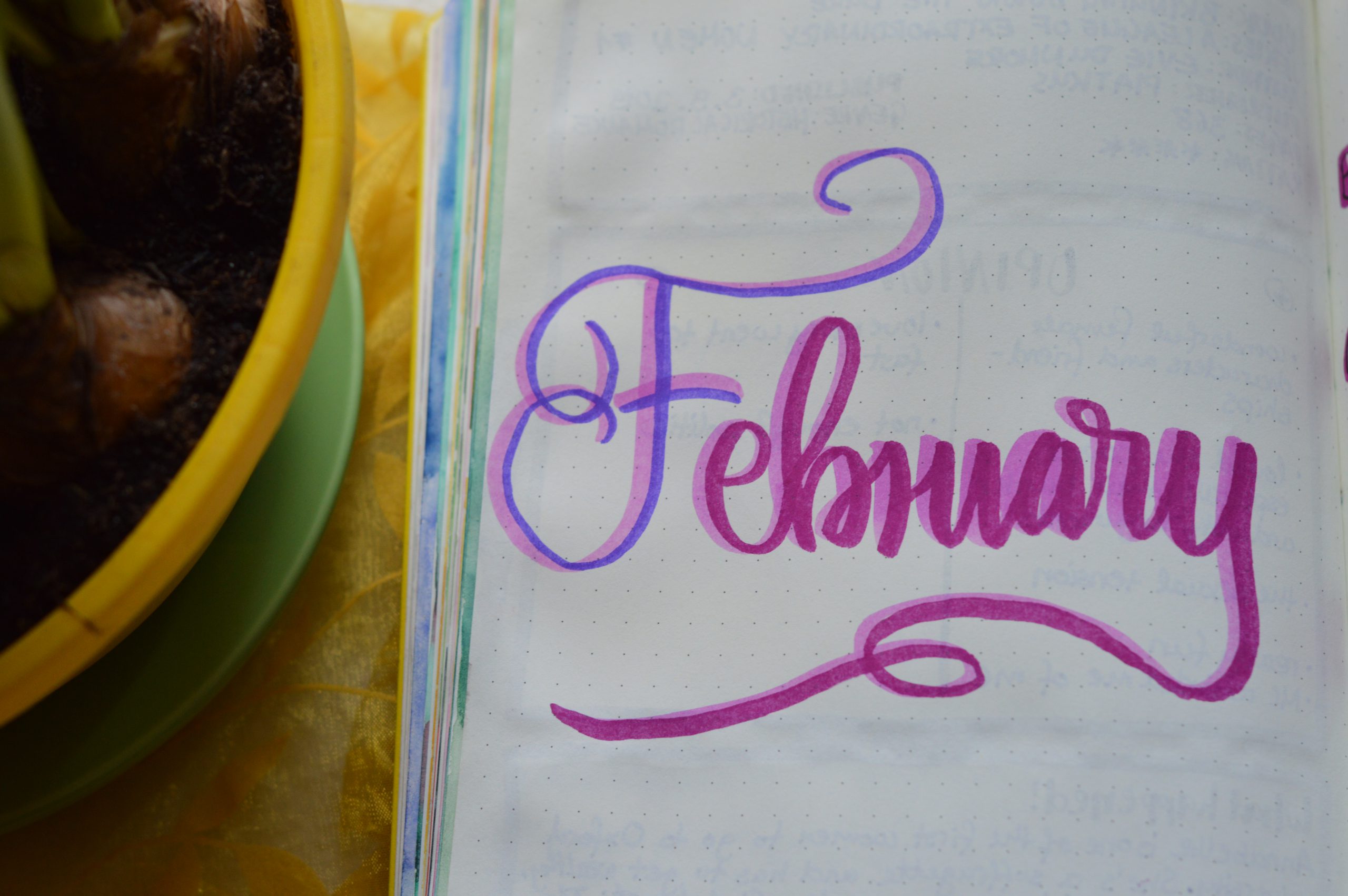 We’re well into March already, but it’s never too late to show you the books I’ve read. Right? I read 9 books, so it was such a great month for me. The books marked with (ARC) were review copies I received from the publishers in exchange for an honest review.

Which books did you read last month? Which were your favourites?

In this volume we’ll see the Heartstopper gang go on a school trip to Paris! Not only are Nick and Charlie navigating a new city, but also telling more people about their relationship AND learning more about the challenges each other are facing in private…
Meanwhile Tao and Elle will face their feelings for each other, Tara and Darcy share more about their relationship origin story, and the teachers supervising the trip seem… rather close…? (goodreads)

This is my favourite novel so far, I just love it so, so much. Nick and Charlie are the cutest but all the emotions and feelings of the others. The couples! The friendship! The diversity! And a trip to one of my favourite cities. Just… my heart is full of warmth and love for these graphic novels.

Yes No Maybe So (ARC)

This book was so good and definitely really important! It tackles topics such as religion and race with the background of politics. The two main characters harmonize really well with each other, they’re so cute and both learning so much from each other and the reader alongside them. It was just amazing to read about teenagers who take politics seriously, who fight for their rights and freedom. Read my full review here.

My Type on Paper

Maya is down in the dumps … quite literally. She’s just been pied off by her boyfriend before what was supposed to be their last romantic summer before heading off to Uni. Luckily help is at hand in the form of her friends, determined to hook her up with a fun summer romance, no strings attached. And with a summer job working at fancy new beach resort in town, how can she fail to meet the guy of her dreams? Hot weather, hot guys, hot summer romance… it’s a dead cert. But with three perfect-on-paper guys to choose from, not to mention her snakey ex re-entering the picture, how will she know which guy to go for? (goodreads)

This was an interesting, fun read with some unexpected twists. There was some unnecessary drama but I enjoyed the character development of everyone. It was quite obvious where the story was going, but that didn’t faze me much, I just enjoyed all the awkward and the fun and the inside jokes and the friendships. It was all quite unrealistic and read like a weird dream at some points, but it is definitely an uplifting, quick summer romance.

The Earl Not Taken (ARC)

I had my problems with this book. What I liked though, was the friendship between the four women. It also has the enemies to lovers trope aka my favourite romance trope. And Rhys was kinda cool from time to time but… that’S unfortunately where it stops. There was too much drama, too much unnecessary drama, not enough character building. Read my full review here.

Ia Cōcha never thought she’d be working for the Olympus Commonwealth. But that was before she found out her trusted brother Einn was trying to tear apart the universe. Now, Ia, the Blood Wolf of the Skies, has agreed to help the Royal Star Force on one condition: when she finds him, she gets to kill Einn herself.
Brinn Tarver has just come to terms with her Tawny identity when the public lashes out against her people, crushing her family. At her breaking point, she starts to question everything she believes in—including Ia.
After the death of his mentor, Knives Adams is doing his best to live up to a role he didn’t ask for as Aphelion’s new headmaster. Still, with each new step deeper into war, he feels torn between his duties and the pull of Ia’s radical—sometimes criminal—ideas.
As they fight to keep darkness from eclipsing the skies, their unpredictable choices launch this breathtaking sequel to explosive new heights. (goodreads)

Ahhhh my loves!!! I adore this duology, it’s one of my absolute favourite and I just love everything about it. The characters, the world building. Space. Everything was just amazing. I could scream about this book and its predecessor forever and ever. Read my full review here.

The Count of Monte Christo

The story takes place in France, Italy, islands in the Mediterranean and the Levant during the historical events of 1815–1838 (from just before the Hundred Days through the reign of Louis-Philippe of France). The historical setting is a fundamental element of the book. It is primarily concerned with themes of hope, justice, vengeance, mercy, forgiveness and death, and is told in the style of an adventure story. (goodreads)

I actually started this back in summer and finally finished it. I had about 2/3 of the book left and wow, what a ride. It’s so, so slow but so incredibly detailed and fascinating. I suffered with the main character and was feeling so much despite the book being soooo slow oh my god. I just wanted my happy end, was basically obsessed with this having a happy end despite everything that has happened. Ugh, my heart still hurts and cries and cackles. This book is a masterpiece of a revenge story and I’m so glad I finally finished it. The satisfaction of reading such a massive beast wow.

Josh and Hazel’s Guide to Not Dating 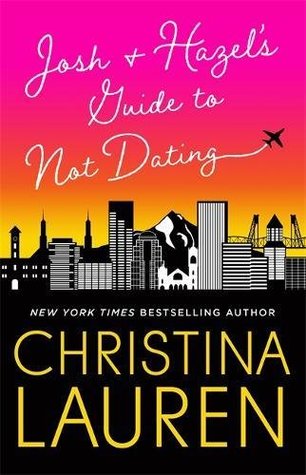 Hazel Camille Bradford knows she’s a lot to take—and frankly, most men aren’t up to the challenge. If her army of pets and thrill for the absurd don’t send them running, her lack of filter means she’ll say exactly the wrong thing in a delicate moment. Their loss. She’s a good soul in search of honest fun.
Josh Im has known Hazel since college, where her zany playfulness proved completely incompatible with his mellow restraint. From the first night they met—when she gracelessly threw up on his shoes—to when she sent him an unintelligible email while in a post-surgical haze, Josh has always thought of Hazel more as a spectacle than a peer. But now, ten years later, after a cheating girlfriend has turned his life upside down, going out with Hazel is a breath of fresh air.
Not that Josh and Hazel date. At least, not each other. Because setting each other up on progressively terrible double blind dates means there’s nothing between them…right? (goodreads)

Ahhhhh I loved it! This was such a fun read! The banter, the friendship(s), the romance. Hazel just blurting out what she thinks. Her living with her 4 pets and chaos. Josh is so nice, so sweet. I don’t even know what to say, I just enjoyed this story extremely and read it in one sitting. It’s all I want: light and fun, steamy and character driven. My heart, yet again, feels warm and soft.

Welcome to the dizzying heights of New York’s Upper East Side: where privilege, partying and scandal rules.
And Anna K knows the rules by heart. Beautiful, rich and popular, she takes care to maintain her status as the perfect girlfriend, daughter and student.
Then a chance encounter at Grand Central station with notorious playboy Alexi ‘Count’ Vronsky changes everything. Anna knows she needs to avoid Alexi, but sometimes fate has other plans . . .
Soon Anna finds it impossible to resist him, and finds herself willing to risk everything she has to be with him – no matter the consequences. (goodreads)

God, had I problems at first. Every single character was just horrible. But the story was captivating and thrilling nevertheless and I kept on reading and this book probably has some of the best character development I have ever read. I actually ended up liking the characters I hated at first? And all the drama! Oh wow. Wow. Anna K. definitely was… something. You can read my full review here.

monthly wrap up read in february wrap up
Leave a comment