I’m really, really tired of studying for my exams, so here I am, not studying but writing mini reviews instead. Finally. It took me such a long time to write these, I’m sorry. But I loved all of these books and I hope that if you plan on picking them up, you do too. And if you’ve already read one of them, I hope you enjoyed it as much as I did. Anyways, enjoy the queer and the beautiful characters. 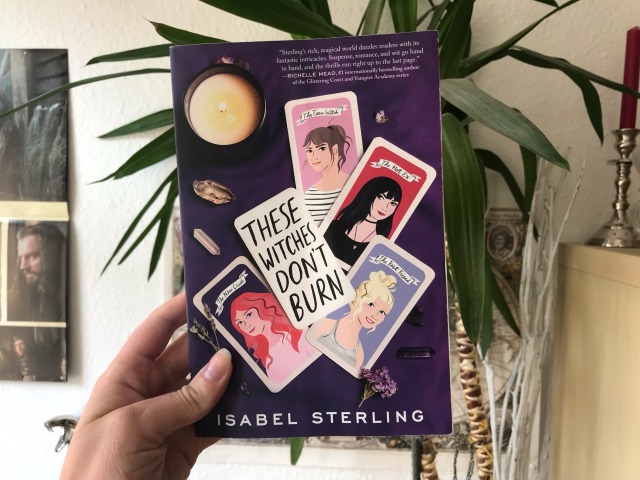 Overall, I enjoyed this immensely. I needed a few pages to get into it, but once I was, I loved it! I especially liked Hannah, she’s a great protagonist who just tries to live her best witchy life but of course other things keep her from it. Instead, her ex-girlfriend Veronica is around all the time, trying to win her back. Hannah is not amused and to be honest, I’m totally with her there. I didn’t like Veronica much. She was okay I guess, but mostly I found her to be annoying. I really liked Morgan though, she’s super nice and cute and she and Hannah make a great pair.
I also really liked how the witches are organized. They have three orders (Elementals, Casters, Blood Witches) and a council and more or less rules them. Then there are the Hunters who hunt witches to kill them and rid the world of their magic. What I also thought was well made, was the mystery. Throughout the book we never really get to know who the real enemy is because literally everyone could be the bad guy here. Along with Hannah, the reader gets to solve this case and kinda falls in love with Morgan. A little bit.
It’s really cute and fluffy with a dose of blood and murder and evil. 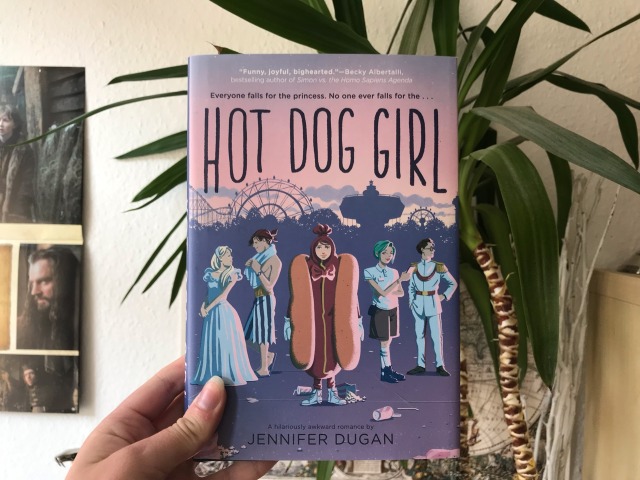 Elouise (Lou) Parker is determined to have the absolute best, most impossibly epic summer of her life. There are just a few things standing in her way:
* She’s landed a job at Magic Castle Playland . . . as a giant dancing hot dog.
* Her crush, the dreamy Diving Pirate Nick, already has a girlfriend, who is literally the Princess of the park. But Lou’s never liked anyone, guy or otherwise, this much before, and now she wants a chance at her own happily ever after.
* Her best friend, Seeley, the carousel operator, who’s always been up for anything, suddenly isn’t when it comes to Lou’s quest to set her up with the perfect girl or Lou’s scheme to get close to Nick.
* And it turns out that this will be their last summer at Magic Castle Playland–ever–unless she can find a way to stop it from closing. (goodreads)

This was so much fun! If second hand embarassment had a name, it would be Hot Dog Girl. Seriously, Lou is walking from one awkward situation to the next but she somehow always manages to walk away from it being cool? Even when she doesn’t feel like it. She’s a dumbass, but a loveable one and I quickly put her into my heart and she put a smile on my face. The story itself wasn’t anything new really, I knew where this was going pretty soon, but I can’t say that I didn’t love it anyways. I loved the romance and I also loved the friendships.
And the atmosphere! This is such a wonderful summer-y book. This has the feeling of a melancholical summer, something ends but something else just begins and while you’re not over the one thing, you can’t accept the other thing either and you’re sitting on the fence. Technically, everything is good and happy but there’s this film of grey on everything. This is what this book feels like and I think the author captures this perfectly. The writing also fit the whole awkwardness really well and I couldn’t stop laugh-crying. I basically flew through this book! 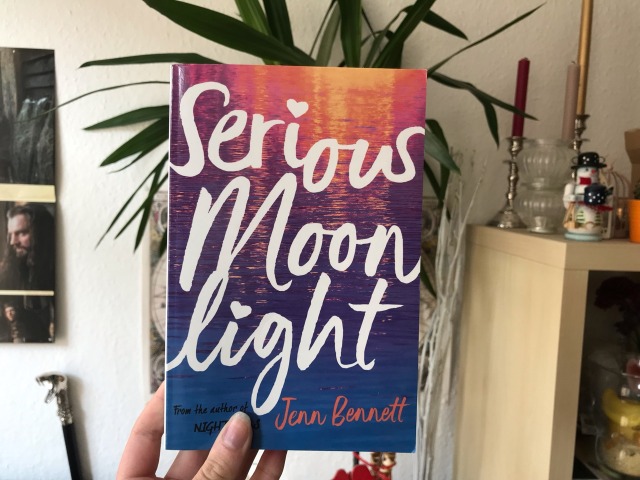 Raised in isolation and home-schooled by her strict grandparents, the only experience Birdie has had of the outside world is through her favourite crime books.
But everything changes when she takes a summer job working the night shift at a historic Seattle hotel. There she meets Daniel Aoki, the hotel’s charismatic driver, and together they stumble upon a real-life mystery: a famous reclusive writer—never before seen in public—is secretly meeting someone at the hotel.
To uncover the writer’s puzzling identity, Birdie must come out of her shell, and in doing so, realize that the most confounding mystery of all may just be her growing feelings for Daniel. (goodreads)

I loved this book right from page one. I don’t know what it is, but Jenn Bennett really manages to capture me with the beginnings of her books already. I mean, this is only my third book written by her but she’s already one of my favourite contemporary authors. While this book had a lot of fun, cute scenes, it was equally dark in others. Birdie has never known her father and her mother died when she was a child, so she was mostly raised by her grandparents. But her grandmother died only months ago and Birdie copes with it, but sometimes grief catches up with you. She also has narcolepsy, an illness that makes you fall asleep without much warning (among other things) and here’s point one why I loved this book so much. Narcolepsy runs in parts of my family as well and it was portrayed really well!
While I’m definitely no expert on depression, I think that this, too, was handled greatly.
The author manages to capture both Daniel and Birdie really well, the differences between them, their quirks, how they both cope with their lives and how they learn about the world and themselves. I loved both of these characters so much!
But I also need to mention aunt Mona, best friend to Birdie’s mother who helped her grandparents raise her. She’s an artist who loves costumes and is kind of a really loud persona. She’s impulsive and fun and I’d read books and books and books about her.
The setting of summery Seattle was great as well. The descriptions of ferry rides, misty mornings and beautifully coloured houses were beautiful and I suddenly really want to visit this city. 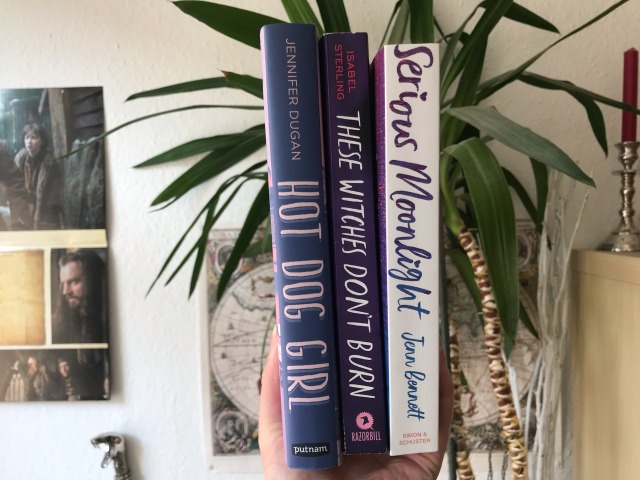