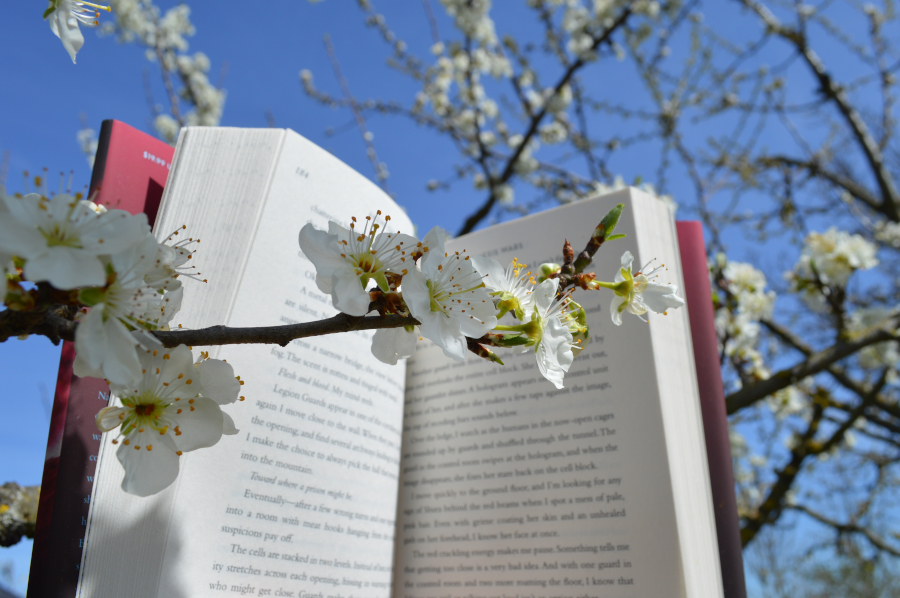 Hoohoo, friends of the blade.

Do you know the feeling of loving something A LOT but all you do is scream into the void because nobody else seems to even know the thing? Well, that’s the case often when it comes to underrated books (<5.000 ratings on goodreads). And because I recently started or continued some fantastic series that really aren’t getting enough love, I wanted to present them in this post. I feel like sci-fi series never really get enough attention (let’s not talk about Jay Kristoff and Amie Kaufman here), so I decided to include some great series here, additional to some fantasy books I really enjoyed! So let’s go and have a look at some underrated series.

The Price of Magic by Bonnie Wynne

Currently there are 3 books released with the fourth releasing in June!
1. The Ninth Sorceress (review)
2. A Wind from the Rift (review)
3. The Stars Beyond the Stone (review)
4. An Echo Through the Veil (23rd June)

Synopsis of book one, The Ninth Sorceress:

In the blackest dungeon of the Clockwork City, a prisoner lies bound in silver shackles. Who is she? And why are the wizards so afraid of her?
Seventeen-year-old Gwyn has no family and no past. Apprenticed to a half-mad herbalist, she travels the snow-blasted High Country, hawking potions in a peddler’s wagon. Her guardian hides her from the world like a dark secret, and she knows better than to push for answers.
But when she discovers she is hunted by the goddess Beheret, Gwyn is drawn into a deep and ancient tale: of chained gods and lost magic, of truths long buried and the rising of a war she never could have imagined.
Wizards and their magic-sniffing hounds pursue her – as does a stranger in a smiling mask, who calls her by an unfamiliar name…
But what really terrify her are the dangerous gifts she’s spent her life suppressing. Now, Gwyn must step out of the shadows and take charge of her destiny – even if the price is her own soul.

Give The Price of Magic a chance if…

Skin of the Sea by Natasha Bowen

There is currently one book released with a second publishing in September!
1. Skin of the Sea
2. Soul of the Deep (27th September)

Synopsis of the first book:

This is the story of a great love – a love that will threaten worlds and anger Gods.
This is a story that will change history.
Simidele is one of the Mami Wata, mermaids duty-bound to collect the souls of those who die at sea and bless their journeys back home to the Supreme Creator.
But when a living boy is thrown overboard a slave ship, Simi saves his life, going against an ancient decree and bringing terrible danger to the mami wata.
Now Simi must journey to the Supreme Creator to make amends – a journey of vengeful gods, treacherous lands and legendary creatures. If she fails, she risks not just the fate of all Mami Wata, but also the world as she knows it.

Give Skin of the Sea a chance if…

This is a duology with both books already published!
1. Scavenge the Stars (review)
2. Ravage the Dark

When Amaya rescues a mysterious stranger from drowning, she fears her rash actions have earned her an even longer sentence on the debtor ship where she’s been held captive for years. Instead, the man she saved offers her unimaginable riches and a new identity, setting Amaya on a perilous course through the coastal city-state of Moray, where old-world opulence and desperate gamblers collide. Amaya still only wants one thing: revenge against the man who ruined her family and stole the life she once had. But the more entangled she becomes in this game of deception-and as her path intertwines with the son of the man she’s plotting to bring down-the more she uncovers about the truth of her past. And the more she realizes she can’t trust anyone but herself.

You should give Scavenge the Stars a chance if…

Curse of the Cyren Queen by Helen Scheuerer

There are currently 3 books published, with a fourth coming
1. A Lair of Bones (review)
2. With Dagger and Song (review)
3. The Fabric of Chaos (review)
4. ?

A deadly contest. A vaulting ambition. How far will one cyren go to win?
Mighty cyrens have ruled the ancient lair of Saddoriel for centuries. A cavernous fortress, a subterranean labyrinth of tunnels and levels, powered by magic and music…
From the moment she was born, Roh, the daughter of an infamous criminal, has been despised by her own kind. Restricted to the Lower Sector and forced to work as a common bone cleaner, she has always believed she belongs above: where lies adventure… and power.
Opportunity arises in the form of the Queen’s Tournament, a treacherous set of trials that could see the victor crowned ruler of the entire lair. Up against the most cunning, dangerous cyrens in all the realms, does Roh stand a chance?

You should give Curse of the Cyren Queen a chance if…

There are currently 2 books released with a third one coming in 2023!
1. The Infinity Courts
2. The Genesis Wars

Synopsis of the first book:

Eighteen-year-old Nami Miyamoto is certain her life is just beginning. She has a great family, just graduated high school, and is on her way to a party where her entire class is waiting for her—including, most importantly, the boy she’s been in love with for years.
The only problem? She’s murdered before she gets there.
When Nami wakes up, she learns she’s in a place called Infinity, where human consciousness goes when physical bodies die. She quickly discovers that Ophelia, a virtual assistant widely used by humans on Earth, has taken over the afterlife and is now posing as a queen, forcing humans into servitude the way she’d been forced to serve in the real world. Even worse, Ophelia is inching closer and closer to accomplishing her grand plans of eradicating human existence once and for all.
As Nami works with a team of rebels to bring down Ophelia and save the humans under her imprisonment, she is forced to reckon with her past, her future, and what it is that truly makes us human.

You should give The Infinity Courts a chance if…

There is one book out, with the second releasing in June.
1. Gearbreakers
2. Godslayers (28th June)

The shadow of Godolia’s tyrannical rule is spreading, aided by their giant mechanized weapons known as Windups. War and oppression are everyday constants for the people of the Badlands, who live under the thumb of their cruel Godolia overlords.
Eris Shindanai is a Gearbreaker, a brash young rebel who specializes in taking down Windups from the inside. When one of her missions goes awry and she finds herself in a Godolia prison, Eris meets Sona Steelcrest, a cybernetically enhanced Windup pilot. At first Eris sees Sona as her mortal enemy, but Sona has a secret: She has intentionally infiltrated the Windup program to destroy Godolia from within.
As the clock ticks down to their deadliest mission yet, a direct attack to end Godolia’s reign once and for all, Eris and Sona grow closer-as comrades, friends, and perhaps something more…

You should give Gearbreakers a chance if…

There are two books already published with a third one coming in 2023!
1. Victories Greater than Death (review)
2. Dreams Bigger than Heartbreak

Tina never worries about being ‘ordinary’—she doesn’t have to, since she’s known practically forever that she’s not just Tina Mains, average teenager and beloved daughter. She’s also the keeper of an interplanetary rescue beacon, and one day soon, it’s going to activate, and then her dreams of saving all the worlds and adventuring among the stars will finally be possible. Tina’s legacy, after all, is intergalactic—she is the hidden clone of a famed alien hero, left on Earth disguised as a human to give the universe another chance to defeat a terrible evil.
But when the beacon activates, it turns out that Tina’s destiny isn’t quite what she expected. Things are far more dangerous than she ever assumed. Luckily, Tina is surrounded by a crew she can trust, and her best friend Rachael, and she is still determined to save all the worlds. But first she’ll have to save herself.

You should give Unstoppable a chance if…

And this is my little list of underrated sci-fi and fantasy series! Even though not all of the first installments were among my favourite books, I’d like to continue all of these series. Every single one of them deserves all the love.

Have you read any of these series already? Or do you want to read them now? Which other underrated series can you think of?